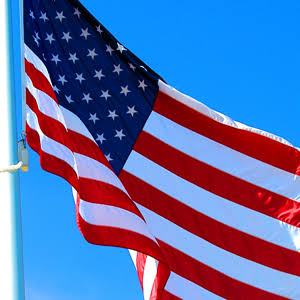 The United States embassy in Nigeria on Friday expressed concern over the rising tension in the forthcoming governorship election in Edo State.

The US in a statement on its social media account, said it was disturbed and disappointed with the role played by some political actors in the state and the interference of security forces in political matters.

“As long-time friends of Nigeria, we continue to follow political developments ahead of off-cycle elections in the country,” the statement read.

“The United States supports a democratic process where the will of the Nigerian people is reflected in the results, and does not favour any party or candidate.”

The US government said it was concerned with reports of the deteriorating political climate in Edo State.

“We are especially concerned with allegations of interference by security forces in political matters, which we will continue to monitor closely in the run up to gubernatorial elections in the state in September.”

It urged stakeholders in the election to give peace a chance as they work towards a free, fair, and transparent election.

“As we approach the 2020 off-cycle elections in Edo and Ondo, we urge all stakeholders to work towards a free, fair, transparent, and peaceful process. We encourage all stakeholders, including INEC, political parties, and the security services, to continue to improve the electoral process,” it said.

“The US said it looked to Nigeria as an important leader on the African continent, noting that as a democratic partner of Nigeria, it remains committed to working together to achieve mutual goals of peace and prosperity for the citizens of both countries.

The ICIR reported on Thursday how some hoodlums vandalised the Edo State House of Assembly Complex by removing the roof, and taking down the symbolic legislative mace statue on top of the building.

Earlier on, it was also reported by Channels Television, that security operatives led by Ayoola Ajala, Deputy Commissioner of Police (Operations), had taken over the assembly complex to prevent the event of an attack.

But in later footages shared on social media, no security operatives were seen around while the complex was being vandalised by the hoodlums.

However, in a state-wide broadcast on Friday morning, Godwin Obaseki, the Governor of Edo State who is also the People’s Democratic Party (PDP)s candidate in the September 19 poll, described the invasion of the State House Assembly complex as an attempted coup.

He accused a former governor of the state of trying to throw the state into crisis, as he commended the residents of the state for standing up against the ‘evil plans’ of the perpetrators of the crisis.

What Nigeria government is doing to realize Okonjo-Iweala’s…