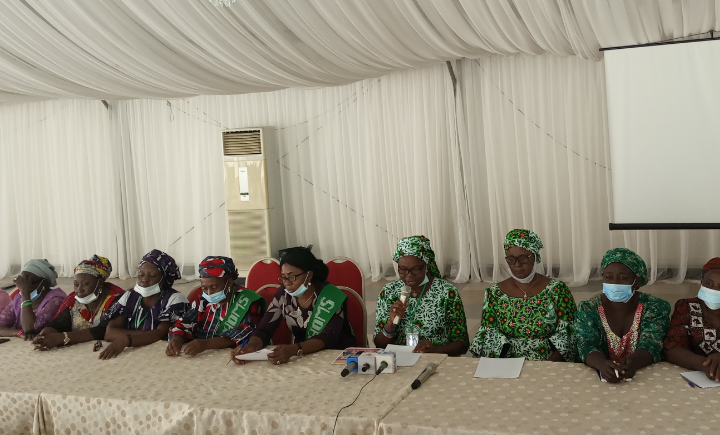 WOMEN farmers under the aegis of Small-Scale Women Farmers Organization in Nigeria (SWOFON) have retired their cutlass and hoes while demanding for a gender-friendly way to farming and security of lives.

The women farmers made these demands during a three-day programme held in Abuja.

On Tuesday, the women farmers visited the Cyprian Ekwensi Centre for Arts and Culture Abuja to retire their hoes and cutlasses as artefacts.

“This hoe can no longer feed us as farmers talk less of feeding the nation, so we want to tell the government that we are retiring this hoe to the museum and that we need mechanized farming to be able to increase production in our farmer and based on our population and what we do, we are sure that with mechanized tools, we can even feed the whole of Africa,” said Afan in an interview at the museum.

On Wednesday, during the a stakeholders meeting with the 36 state presidents of SWOFON, National executives and government officials, the women farmers discussed the effects of the COVID-19 on their livelihood.

“During the Covid 19 lockdown, many of the women farmers across the states could not access their farmlands due to the restriction of movement imposed by both the federal and state governments.

This led to various degrees of losses on their respective farms. Similarly, the closure of all markets meant that women farmers could not earn money from the sales of their farm products,” Afan said.

Responding to the agitations of the women farmers, Dandutse Muntari, the Chairman House Committee on Agricultural Production and Services said the government is committed to enhancing the welfare of women farmers because it is one of the key agenda of President, Muhammadu Buhari.

He said it is a shame that a country like Nigeria spends so much on the importation of food when there are capable farmers to do the job in the country.

While commending the association’s activities, Muntari said through further collaboration and other initiatives there would be more consideration of women farmers in the distribution of mechanical equipment and special agricultural interventions 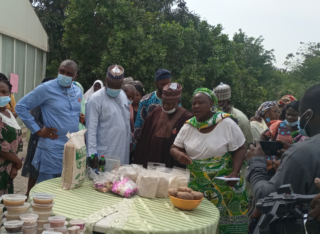 During the press conference, SWOFON noted that the most painful of the encounters of the women farmers across the country were the activities of kidnappers, bandits, and terrorist groups like the Boko Haram.

“As of today, many women farmers are afraid of going to their farmlands for fear of being kidnapped, raped, extorted by bandits, and killed like the ones recorded in Borno state,” the SWOFON secretary said.

She stated that the federal government gave out palliatives to households through the Conditional Cash Transfer Scheme and that little or nothing was done for women farmers who produce the bulk of food the nation consumes.

“There was a significant shortage or no distribution of inputs such as fertilizers, agrochemicals, seeds, and machinery, etc,” SWOFON noted.

Stating their demands, the association urged the federal and state governments to create a special intervention fund accessible to women farmers, to cushion the impact of the pandemic.

The organization further demanded deliberate steps in addressing the security challenges in the nation, especially those that affect agriculture and the availability of farm inputs for women farmers.

The association said its over 500,000 members are in dire need of gender-friendly equipment and training.

Oyewale Tomori, Nigerian Academy of Science There has been an outbreak of monkeypox cases in...
Advertisement