Women inclusion in politics is a sure path to development

BETWEEN 1999, the year of return to democracy and the last election held in 2019, the highest number of women representation recorded in the Senate was 9 out of 109. That was in 2007. The number came down to 7 in 2011 and barely increased just by one in 2015. Currently, the Red Chamber has only 8 women among the 109 Senators representing the interests of 200 million Nigerians half of whom are women! How fair?

The House of Representative provides the most opportunity for a diverse and inclusive representation with 360 seats occupied by citizens from all over Nigeria. But the highest number of seats ever occupied by women is 27, representing a meager 6.9%. In the 2019 election, 11 women made it to the House of Representatives from Abia, Anambra, Benue, Borno, Ekiti, Gombe, and Ogun. Other states that gave women marginal chances are: Osun, Oyo, Plateau, and Yobe. States such as Lagos and Kano with twenty-four federal constituencies each did not produce any female representative.

The current administration definitely ranks poor in its commitment to wide female inclusion in appointed political positions. The low rate of women who emerged in elective positions in the last election was a good reason for the Buhari led government to appoint more women as a way of balancing the disparity. But on the 21st of August 2019 when the President announced the names of 43 individuals who were to occupy various ministerial portfolios, only 7 women made the list – a resemblance of how, in 2015, he appointed only 6 women out of 30 ministers.

The statistic at state levels is worse. No state in Nigeria has ever produced a female governor and presently, Nigeria has only 4 female deputy governors – Kaduna, Ogun, Enugu and Rivers states. This low female representation is despite Nigeria’s mandated quota of 35% set aside for female participation at all levels as provided in the National Gender Policy.

Some of the reasons that account for the marginalisation of women in the last election and previous ones include lack of funds, poor party structures and gender stereotypes suggesting that women should not aspire to public positions. If anyone doubts that such stereotypes exist against women, they only need to be reminded that the Nigerian President, Muhammadu Buhari, while addressing a global press in Germany referred to his own wife as belonging in his kitchen, his living room and his bedroom.

The irony? The stereotypical statement boxing a first lady as only functional in private spaces was made while the President stood side-by-side with German President, Angela Merkel, one of the most powerful women in the world.

In March 2018, Muhammed Kazaure Kudaji, a member of the Nigerian House of Representative advised his fellow legislators, lackadaisically, not to consider granting women more political opportunities. Honourable Kudaji outlined women’s multi-tasking and management capacities, rated them as outstanding, and affirmed how these skills are deployed by women to keep men’s lives from falling apart.

He further acknowledged that 70% of the votes that brought him into power was by women. But he will rather want that women are not made to become aware of their powers because then – they will become too powerful. His proposed strategy is therefore that women be denied political opportunities and be left domesticated!

Now, such gender stereotypes coming from lead male figures in two of the most influential institutions in our society – the executive and the legislature speak volumes about why our policies are largely gender hostile, and why women have to walk through a tight rope to access political power or leadership status. It may also help us in understanding the nature of resistance and violence experienced by few women who summon the courage to venture into the political space largely perceived as men’s den.

A case in view is the violence meted out at Natasha Akpoti – a gubernatorial candidate in Kogi State. She was not only physically harassed, and on one of such occasions in the presence of security agencies and the INEC Chairman, her campaign office was razed too.

As Natasha recounted, terms like ‘prostitute’ are used, derogatorily, to tarnish their personalities and force them to withdraw from electoral contests. Verbal assault is a mastered weapon adopted to bully women in politics. Natasha made it out alive even though she lost in the elections.

But Madame Salome Abuh, a political women leader from same Kogi State was murdered in a manner that debased humanity itself – perhaps too, with the aim of scaring other women out of politics. She was burnt alive by some wild male politicians and till date, her killers are yet to be brought to book.

With Women, What’s there to gain?

We cannot overemphasise the need to open up leadership spaces, at all levels, within all institutions existing in our society for more women participation. Right from the process of conducting primary elections in our various political parties, party leaders must be deliberate in their efforts to comply with the 35% affirmative action.

Mr. President and state governors must appoint more women as members of their cabinets! Organisations must appoint and elect women as part of their board members. Women should be among leaders in religious and social organisations. As Ruth Bader Ginsburg said, “women belong in all places where decisions are being made”. It’s INCLUSION, and it applies to various intersections where women are found.

Are there benefits of having more women in leadership positions? Enormous. A Behavioral research conducted in the United States indicates that there are fundamental differences in legislative styles and strategies adopted by male and female legislators.

The research also shows that women are more likely to focus on issues like education, child-care, reproductive health and family health. They have also been found to be more collaborative! Besides, women are known to be more empathic, less corrupt and represent the interests of children more.

Because they are more conversant with intricacies of family lives, they reflect more on how policies and decisions affect men, women, children, others.

Men cannot be appointed or elected to think for women with the believe that they will adequately resolve women, and children issues. This is illusory. Almost always, women and children are the greatest victims of bad policies all over the world. Whatever affects women affect their children and vice-versa.

We must, therefore, bring more women on board to think about issues that affect their species and their offspring and allow them to come up with solutions that fit their realities. Rather than have men think for women, let women think for themselves – with men.

Only when there are no qualified women should we find men occupying positions required by law to be taken up by women. In a country where women constitute nearly half of the total population, this is achievable. We are simply saying 35, out every 100 positions must be held by women. Is this too much of a demand? We need to eliminate all barriers that prevent women from having access from inception and stop all forms of discrimination against them by reasons of their sex, gender roles, biological composition and privileges.

Countries like Cuba, Rwanda and Finland are setting the pace. Nigeria should take a cue. The changes may take time but the first step to achieving gender equality in all spheres of our lives would be to give it an honest commitment. As stated by the UN General Assembly in 2011, active participation of women, on equal terms with men, at all levels of decision-making is essential to the achievement of equality, sustainable development, peace and democracy. 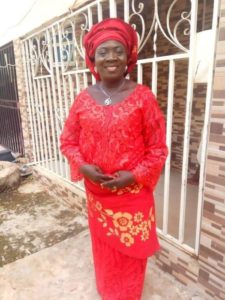 The year 2023 seems far away but the best time to start mobilising for the next election is now. Women need to form a formidable force that transverses political divisions. Such caucuses will serve well in sensitizing women, and men at the grassroots on the benefits of electing women as their political representatives.

Women who are already established within the political space would have to commit to mentoring younger ones. Every woman of voting age should consider joining a political party and become deliberate about giving their support to fellow women who are competent to be elected.

Finally, get your voter’s card. VOTE!