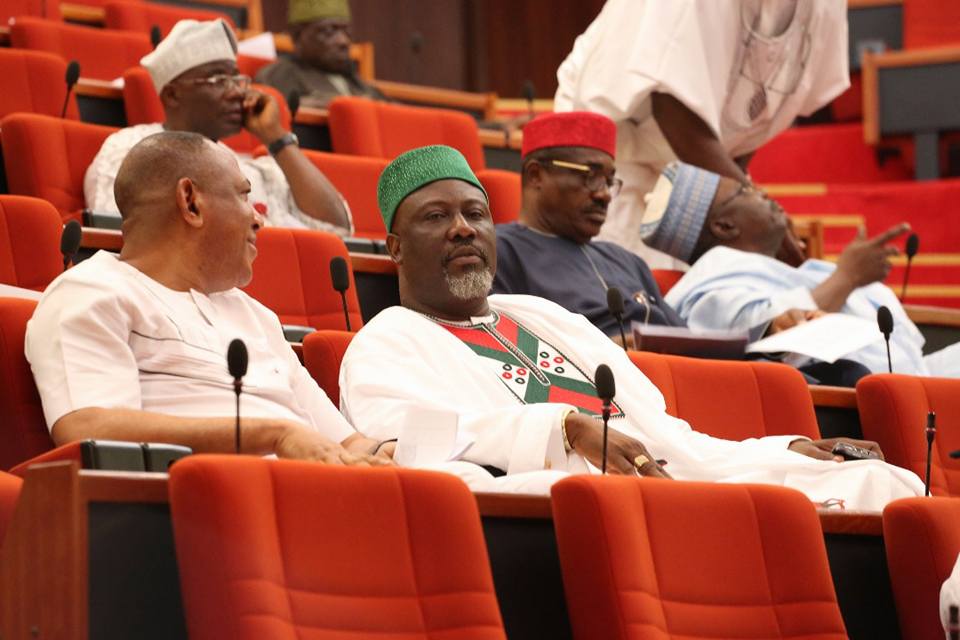 Dino Melaye, senator representing Kogi West at the senate national assembly, is facing a tough time to retain his place in the green chamber, as “more than half” of his constituents have supported his planned recall.

However, this is just one in a long line of constitutional processes required to effect the recall.

Already, about 188,588 voters, representing 52.3 per cent of the total number of registered voters in Kogi West senatorial district, have reportedly approved his recall from the senate.

The document, ICIR gathered, may be submitted soon to the Independent National electoral Commission (INEC) to institute the proper process of his recall.

According to Pius Kolawole, special adviser to the state governor on political affairs, the collation of signatures of voters to that effect was carried out successfully on June 17.

He commended voters in the district for turning out en masse for the exercise, saying Section 69 of the 1999 constitution backed their action.

“In 2015, we voted for Dino and now we are using the same method to return him home,” he said.

Announcing the result of the collation, Adamu Yusuf, collation officer said that 188,588 out of the 360,098 in the senatorial district endorsed Melaye’s recall.

While giving the breakdown of the result per the seven local governments in the district, he said that 18,374 of the total number of 35,331 registered voters in Yagba East approved the recall.

According to Yusuf, with this, the next move is to submit the document to INEC for the next action.