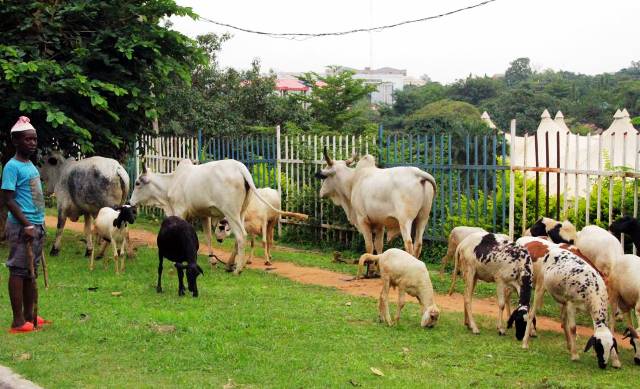 FCT Minister, Muhammad Bello who inaugurated the 22-Member Committee on Monday directed the Committee to build on the works of similar committees set up by previous administrations to jump-start its activities for immediate impact.

The terms of reference of the Committee include discussing with the various Secretariats, Departments and Agencies (SDA’s) to see what plans are already on ground within the FCT Administration for the proper use of grazing reserves and to cater for farming communities as well as the needs of other stakeholders.

Other mandates of the Committee, the Minister stated, include, “to study the recommendations of relevant committees of the past and also from the various MDAs and come up with harmonized implementable action plan and template that will guide how the FCT can have a very efficient system that guarantees safe living by all within the city and even the surrounding suburbs and Area Councils”.

He said: “In a way, you will notice that what your committee is doing is being done by similar committees all over the country and particularly a national committee under the Inspector General of Police.

“So, I will expect that you would reach out to some of these Committees, especially those within the North Central Geo-Political Zone or even the office of the Inspector General of Police to be able to leverage on some of their works and some of the information available to them”.

“At the end of the day, we want to have a Territory that is very peaceful, that is vibrant economically and is a melting pot where everybody comes in and relates freely with the other party.”

The Minister remarked that it was the decision of the FCT Administration to designate grazing reserves for those who rear cattle in the FCT to prevent them from wandering into the city centre and obstructing traffic flow.

“Your Committee will need to liaise very closely with the Ona of Abaji, Alhaji Adamu Baba Yunusa, who is the Chairman of the FCT Council of Chiefs, because at the end of the day, whatever recommendations you give us, the implementation has to be through the Council of Traditional Chiefs,” he added.

Chairman of the Committee, Uthman Mohammed who responded on behalf of the members appreciated the confidence and trust the Administration has reposed in them.

Mohammed said that cattle grazing and rustling are not peculiar to the FCT alone but if not well managed could get out of hand.

He promised to take the assignment very seriously and work assiduously to achieve the set target.

The 22-Member Committee has Uthman Mohammed, an Engineer, as Chairman and the Acting Secretary of the FCT Area Council Secretariat, Amina Abubakar as Secretary.