THE administration of President Muhammadu Buhari met a decaying health sector after his election in 2015. And most Nigerians believed his government would help fix the sector. The emergence of COVID-19 further re-echoed the necessity for prioritising the health sector, but it appears only a little has changed in a country that parades some of the world’s worst health indices, The ICIR reports.

In April 2020, Secretary to the Government of the Federation, Boss Mustapha, expressed shock at what he saw in Nigerian public hospitals, having inspected some of the facilities.

As the Chairman, Presidential Taskforce (PTF) on COVID-19, he travelled across the country to monitor the nation’s preparedness for tackling the pandemic.

From Worst to Worst: Buhari’s six years and the fight against insecurity

Six years in office, Buhari’s power reforms yet to ‘light up’ Nigeria

He saw dilapidated hospital buildings occupied by reptiles and other pests. He would not conceal his feelings, and told the leadership of the National Assembly: “I never knew that our entire healthcare infrastructure was in the state in which it is. Until I was appointed to do this work.”

Mustapha has been in office since October 2017.

His admission is symbolic of the neglect which the country’s health systems have suffered over the years and the hopelessness of many citizens in seeking care in health facilities.

Political office holders like him are fond of seeking healthcare abroad.

But in 2020, coronavirus forced everyone to remain in their countries, at least for some months.

Challenges of Nigeria health sector include underfunding, corruption, poor remuneration, brain drain, inadequate infrastructures, poor leadership, insufficient human resources and poor health insurance coverage that has remained at a single percentage of the population since its launch in 2005.

Fears over failings of Nigeria health systems peaked at the onset of COVID-19 in Nigeria in March 2020.

First, most citizens believed that despite the lack of immediate pharmaceutical solutions to the disease, the country’s health infrastructures would not match the responses given to the virus in other parts of the world.

To prevent the disease from spreading in Nigeria, President Muhammadu Buhari ordered a lockdown in key states on March 30. Some state governors also took similar measures to curb the spread of the virus.

Following the rollout of measures to combat the disease, Nigeria began to have lockdowns in phases, effective May 4, 2020.

Nigeria confirmed its first case of COVID-19 on February 27, 2020. The case involved an Italian who returned from Italy to Lagos on February 25 2020.

Though the index case recovered, the virus infected more people in Nigeria, resulting in deaths.

Some of the persons killed by the disease were Chief of Staff to the President, Abba Kyari; immediate past governor of Oyo State, Abiola Ajimobi; Commissioner for Health in Ondo State, Wahab Adegbenro; and spokesperson to Yoruba socio-cultural group, Yinka Odumakin.

Through COVAX Facility, a partnership between CEPI, Gavi, UNICEF and the World Health Organization (WHO), Nigeria received its first shipment of AstraZeneca/Oxford vaccine on March 2 this year.

The shipment contained 3.9 million doses of the vaccine from the Serum Institute of India (SII), the vaccine manufacturer.

Vaccination against the virus has been marred by vaccine apathy, despite the shortage of the vaccine.

Our reporter also observed that the National Primary Health Care Development Agency (NPHCDA) did not contact most people who registered for the vaccine to receive it.

On January 27, President Buhari signed the Coronavirus Disease (COVID-19) Health Protection Regulations, making wearing face masks in public place compulsory. The ICIR reports that many Nigerians do not wear it, even while in crowded public places and vehicles.

Similarly, many religious worship centres shun health advisories for the prevention of the virus by health authorities.

Some of the concerns over the pandemic in Nigeria are the nation’s inability to produce its vaccine for the disease and the effectiveness of port authorities to stop people from countries banned by Nigeria from gaining entry into the nation. 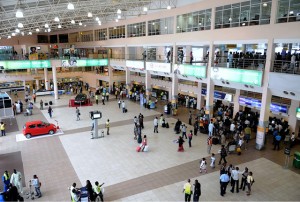 The Federal Government had on Sunday, May 23 declared 90 international travellers from Brazil, India, United Arab Emirates and Turkey wanted for violating the provisions of the COVID-19 Health Protection Regulations.

In the same vein, the National Agency for Food, Drug Administration and Control (NAFDAC) has repeatedly given assurances that experts were working to produce local vaccines for the disease. No local vaccine is yet available for public use. The agency has also alerted the country to the possibility of criminals importing fake vaccine into the nation.

Some of the Federal Government expenditures on COVID-19 include N100 billion credit for health infrastructures in the nation by the Central Bank of Nigeria (CBN).

The Bank, which led interventions against the virus in the country, said its stimulus package against the disease would reach 2.7 billion dollars.

The Bank approved N253 million grant to health researcher under its Health Sector Research and Development Intervention Scheme (HSRDIS) as part of its contributions to the fight against the pandemic.

In April 2020, the Federal Government sought the approval of the National Assembly to establish a 500 billion Coronavirus Disease (COVID-19) Crisis Intervention Fund.

In June 2020, the African Development Bank approved a $288.5 million loan for Nigeria to help it tackle the COVID-19 pandemic.

Also, the Federal Government released 10 billion naira to Lagos State, which has the highest cases and fatalities from the virus in the country.

In January this year, the Federal Government approved a 6.4 billion naira for setting up oxygen production plants in 38 sites across the country to bolster the fight against COVID-19.

In January this year, the Federal Government released 10 billion to support local production of the COVID-19 vaccine.

The government had said in December 2020 that it needed N400 billion naira to vaccinate 70 per cent of Nigerians against the virus.

These amounts are in addition to billions of naira realised through the Nigeria Private Sector Coalition Against COVID-19 (COCAVID).

The Independent Corrupt Practices and Other Related Offences Commission (ICPC) accused NDDC’s management of diverting over N5 billion meant purchasing personnel protective equipment in the nine oil-producing states for personal use. They were also alleged to have shared N1.6 billion among themselves and their subordinates as palliatives for COVID-19.

Similarly, the House of Representatives on May 24 queried the National Health Insurance Scheme (NHIS) of spending over N152 million on diesel, facemasks and hand sanitisers.

Meanwhile, the emergence of COVID-19 in Nigeria compounded the affordability and accessibility of healthcare in the country. Many hospitals hiked the costs of their services to discourage patients from crowding their facilities. For instance, the Air Force Base hospital in Abuja charged less than N20,000 for anti-natal registration before the pandemic. It hiked the cost to N40,000 during the pandemic.

While Nigeria appears to be doing well in the containment of COVID-19, other diseases in the country do not enjoy similar support.

For many years, the country has contributed nearly a quarter of the global malaria burden.

According to the WHO, 20 per cent of all global maternal deaths occur in Nigeria.

Some communicable and non-communicable diseases in which Nigeria has a significant lead globally are HIV/AIDS, tuberculosis, cholera, typhoid, Lassa Fever, hypertension, cancer and diabetes.

Health financing has not improved under the Buhari administration. In 2016, the Federal Government had a budget of 6.06 trillion, out of which it earmarked 550 billion to the health sector. The amount represented 4.1 per cent of the budget. The government allocated 221billion naira and N28.6 billion as capital and recurrent expenditure, respectively.

In 2017, the total budget was 7.4 trillion. The health sector got 304.1 billion, representing 4.0 per cent. Capital allocation for the year was N51.3 billion, while recurrent expenditure gulped 252.8 billion. 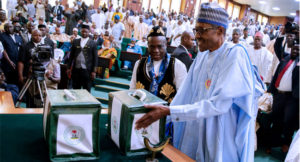 2018 saw a further decline in the percentage of the health budget to the national budget. The total federal budget was 9.1 trillion that year, from which the sector got 356.4 billion. Recurrent expenditure was 269.9 billion, while the capital budget was 86.4 billion.

In 2020, the government reduced budget allocation to the Basic Health Care Provision Fund by more than 40 per cent, from N44.4 billion to N25.5 billion.

Out of this year budget of 13.6 trillion, recurrent and capital of N380 billion and N134 billion, respectively, were allocated to the health sector, giving a total of 514 billion.

Before President Muhammadu Buhari election in 2015, the sector used to experience many industrial actions, resulting from disagreements between the levels of government and workforce in public hospitals.

But, the Nigerian Association of Resident Doctors (NARD) has always embarked on strike, following unmet demands by the government.

The President started his intervention in the health sector with the disbursement of N1.5 million dollars to each state in the country and the FCT for boosting primary health care services. The fund was from the World Bank. The Federal Government rewarded states that delivered good results with the fund with additional funds.

He followed it up with another initiative seeking to rehabilitate 10,000 primary health care centres in the country.

The government also launched the Nigeria Reproductive, Maternal, Newborn, Child, Adolescent and Elderly Health Plus Nutrition (RMNCAEH+N). It is a multi-stakeholder partnership coordination platform that would harmonise the health interventions of the government and health partners to reduce wastage and channel funds to get the desired result to achieve Universal Health Care Coverage.

The ICIR has reported how Buhari overtook former President Umar Yar’Adua in medical trips abroad, spending 172 days outside Nigeria within his two years in office.

He also jetted out of Nigeria to London on March 30, 2021, for a medical check-up, leaving behind a health sector grounded by a doctors’ strike across the country.

At least, the President travelled out of the country seven times for medical treatment in the past six years. The longest he has stayed on a medical trip was 103 days. He embarked on the trip on August 19, 2017.