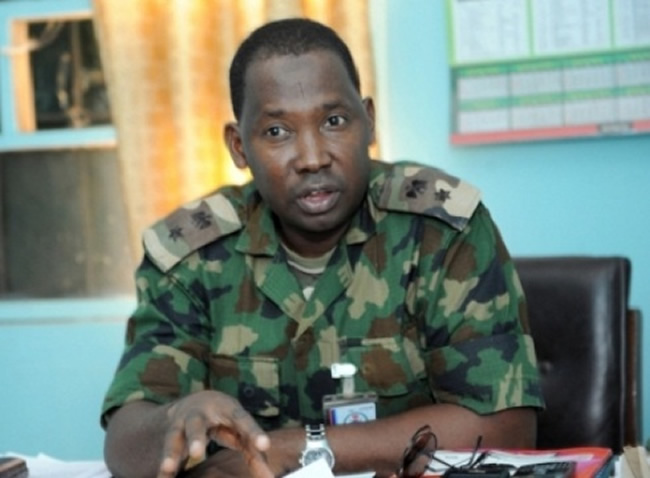 The Nigerian Army has announced plans to begin the detonation of Improvised Explosive Devices, IEDs, recovered from the outlawed Boko Haram sect on Friday.

The explosives were said to have been recovered during a recently concluded military operation in Borno, Yobe and Adamawa states, tagged operation BOYONA.

As a result, the army has warned residents and members of Chabbal community in the outskirts of Maiduguri, including farmers and herdsmen to remain indoors until the exercise is completed.

A statement signed by military spokesman of the 7 Division of Nigerian Army in Borno state, Sagir Musa, a lieutenant colonel reads: “In view of the exercise, the military division wishes to inform members of general public, particularly herdsmen; and those people living and farming around the general areas; as well as motorists; not to panic on the massive movements of troops and their vehicles; and sounds of explosives on Friday.”

Musa said the detonation exercise of IEDs by the military at Chabbal area on Maiduguri – Gubio road is to prevent them from exploding to destroy lives and property in the state.

The army division further said that it was worried about the recent attacks and killings on Maiduguri-Damaturu road and in Benishiekh town by the suspected Boko Haram terrorists, and is acting with the view to containing this ugly trend, “not only on the affected road, but other roads; as well as in its other areas of responsibility”.

Operation BOYONA which was aimed at flushing out insurgents from Borno, Yobe and Adamawa states was launched shortly after the state of emergency was declared by President Goodluck Jonathan on May 13, 2013.