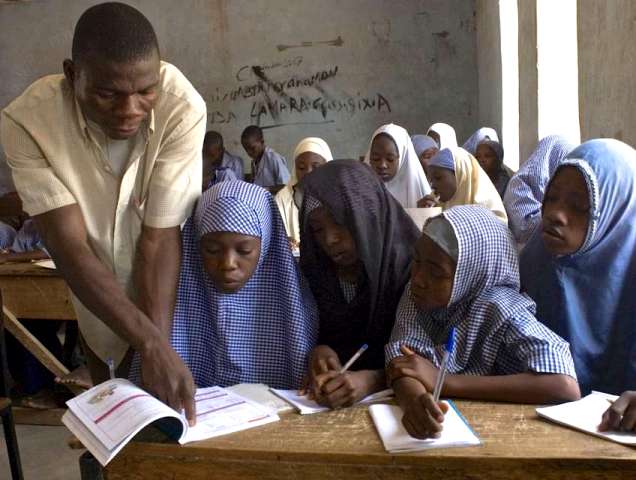 The Nigeria Union of Teachers (NU) says a total of 12 state governors are yet to completely pay the salaries of primary and secondary school teachers.

This is in spite of the directive by President Muhammadu Buhari that governors should prioritise payment of salary arrears, especially with the release of the second tranche of the Paris Club refunds.

Mike Ike-Ene, Acting Secretary-General of the NUT, said this during an interview with NAN in Abuja on Tuesday.

“It may interest you to know that few weeks back at Ibadan, we re-appraised the way our teachers are being owed; about 19 states visibly owed our teachers various forms of money ranging from salaries to gratuity for many months, some two months to one year; about 28 states are paying salaries in percentages.

“We requested government to use the window of the long vacation to pay these teachers.

“But it might surprise you to know that states like Akwa-Ibom, Bayelsa, Delta, Kano and Rivers collected N10 billion Paris Club fund each, yet some of the states could not use this money to offset the teachers’ outstanding salary arrears.”

In spite of this, Ike-Ene urged the teachers to remain steadfast in the discharge of their responsibilities.

“I just want to use this medium to thank all our teachers in primary and secondary schools throughout the period and further encourage them to do continue to do their best,” he said.

He however added that if all efforts to get the various state governments to pay the outstanding salary arrears fail, the union may be forced to embark on a strike since it is the only language that the government understands.

During his meeting with traditional rulers at the State House on Monday September 11, President Muhammadu Buhari again urged state governors to lessen the suffering of the citizens by paying salaries.

“Please, make sure [you pay] anybody under you. If he is working, he depends on the salary to pay rent, to hold his family, for education, healthcare.”