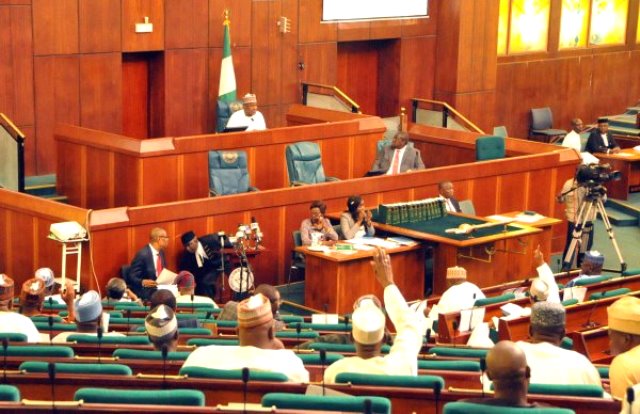 The House of Representatives has waded into the controversies surrounding the revised secondary school curriculum by asking the ministry of education to remove the religious components of the subject, Civic Education.

There have been arguments over the merging of Islamic Religious Studies (IRS) with Christian Religious Studies (CRS) and other components into a subject called Religion and National Values (RNV), with the Christian Association of Nigeria (CAN) particularly screaming foul play.

When the matter came up at the plenary on Tuesday, Beni Lar, a Peoples Democratic Party (PDP) lawmaker representing  Langtang North and South Constituency of Plateau state, argued against the compulsory inclusion of religious education in the revised curriculum.

It expressed concerns “that the new curriculum, which is in conflict with certain religious beliefs, also makes the teaching of those beliefs compulsory”.

It recalled that Section 10 of the constitution of the Federal Republic of Nigeria, 1999 makes Nigeria a secular state, and therefore religion should be separated from national values

Adopting a motion on the matter, the House resolved to “call on the Ministry of Education to remove the religious component from civic education as a subject”.

After Samson Ayokunle, President of CAN, claimed that CRS will no longer exist as a subject on its own while Islamic/Arabic Studies and French had been introduced, ICIR published a fact-check that revealed tat he was wrong, as CRS and IRS had only been merged together as part of Civic Education.

Motion adopted.
The House resolves to call on the Ministry of Education to remove the religious component from civic education as a subject.

The House is now debating a motion by Hon. Beni Lar, on the compulsory inclusion of religious education in the revised curriculum; pic.twitter.com/ShZBZI6i3z

Chat us on WhatsApp
Advertisement
Previous article
INTERVIEW: UN taught me to balance my frustrations with my expectations, says Alhendawi, former envoy on youth
Next article
Orji Uzor Kalu: If you ever see me support secession, just know that I’ve gone nuts