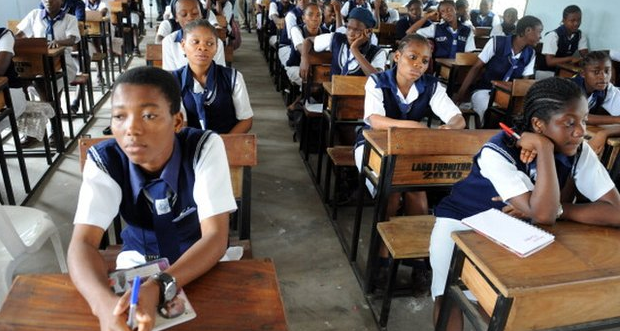 Discussions about the “removal” of Christian Religious Studies (CRS) from Nigeria’s secondary school curriculum have been ongoing since June 14 when a delegation of the Christian Association of Nigeria (CAN) paid a courtesy call on Acting President Yemi Osinbajo at the State House.

During the visit, Samson Ayokunle, the CAN president, pointed out that whereas the new curriculum stipulates that CRS – also referred to as Christian Religious Knowledge (CRK) – will no longer exist as a subject on its own, Islamic/Arabic Studies and French have been introduced.

Ayokunle told Osinbajo that the curriculum had earlier been dropped by the ministry of education after CAN raised objections. He however expressed surprise that the same curriculum had resurfaced.

“This curriculum is the brain-child of Nigerian Educational Research Council, an agency of the Federal Ministry of Education. To us in CAN, its introduction is an ill-wind that blows nobody any good for so many reasons,” he had said.

The curriculum, which has now assumed national importance all of a sudden, actually took effect from the beginning of 2015 as announced by Ismail Junaidu, Executive Secretary of the Nigerian Educational Research and Development Council (NERDC), a parastatal of the federal ministry of education.

This means that it was drafted and approved by the Goodluck Jonathan administration.

The education ministry explained that a new curriculum was introduced to prune down the number of subjects offered by primary and secondary school students in accordance with international best practices.

All these used to be separate subjects on their own, except Security Education, which was newly introduced as a result of the challenges of the Boko Haram insurgency.

SO, WHAT IS THE MATTER?

Harmless and innovative as the idea may sound, religious leaders from both the Christian and Muslim divides think it is a bad idea to merge CRS and IRS.

They feel both should remain separate entities as they have always been and let children be taught the religion of their parents instead of forcing a Muslim child, for instance, to take CRS lessons or vice versa.

According to Nicholas Okoh, Primate of the Anglican Church in Nigeria, the ministry of education has no right to merge both subjects into one. “We recognize our differences, but we call for unity … Let Muslims be Muslims and Christians be Christians,” the clergy man was quoted as saying in May.

This was strongly supported by Ralph Madura, a priest and the secretary-general of the Catholic Bishops Conference of Nigeria (CBCN), who said that that the so-called merger “would create confusion”.

“Every right-thinking person knows that religion is a very sensitive issue in this country,” he added.

Lakin Akintola of the Muslim Rights Concern (MURIC), the new curriculum reduces the role of religion in national development.

According to him, by merging the study of the two biggest religions in the country, FG is simply telling the kids that religion does not matter.

“If the Federal Government educates Nigerians without a special place for religion,” he warns, “it will only succeed in producing clever devils.”

According to the new curriculum as published on the website of NERDC, the subjects to be offered by students include: English, Mathematics, Nigerian Languages, Basic Science and Technology (BST), Religion and National Values (RNV), Cultural and Creative Arts, CCA, and Arabic.

Under RNV it is stated as follows:

Also in the curriculum, Arabic was marked as “optional”.

Also, Junaidu had explained, on many occasions, the so-called merging of CRS and IRS.

He blamed the unnecessary fuss over the issue on the “ignorant and greedy publishers” of the text books for the subjects.

“I wouldn’t like to use the word merged, because when you use the word, merging, it would look like you are taking them (both CRS and IRS) as one,

“As far as the listing is concerned, they are standing as distinct courses, but merged under one subject listing.

Religion is no doubt a very delicate issue in Nigeria, much more delicate than even tribal sentiments, hence caution should be applied when dealing with such issues.

Criticism of the new curriculum by Christian and Muslim leaders suggests that adequate consultation was not carried out during the formulation of the policy.

Nigerians remain divided on whether the new curriculum should be reviewed again to reflect some important subjects – history for instance – that were surreptitiously expunged years ago.

Some say the teaching of core religion should be left for the churches and the mosques but many feel a better approach ought to have been adopted by the government before announcing the new curriculum.

And as the brouhaha continues, the words of Wole Soyinka, the noble laureate, came readily to mind, that “If we do not tame religion in Nigeria, religion will kill us.”

Has Buhari removed Christian Religious Studies (CRS) from the curriculum, as currently being bandied about on social media?

The answer is NO. What is in place is a course comprising both Christian and Islamic themes with the teaching of national values.

Chat us on WhatsApp
Advertisement
Previous article
‘52% of Kogi West voters’ endorse Melaye’s recall — but this is just the beginning
Next article
N15,000 bribe costs two traffic wardens their job