Buhari govt has a hand in my brother’s murder – Sowore 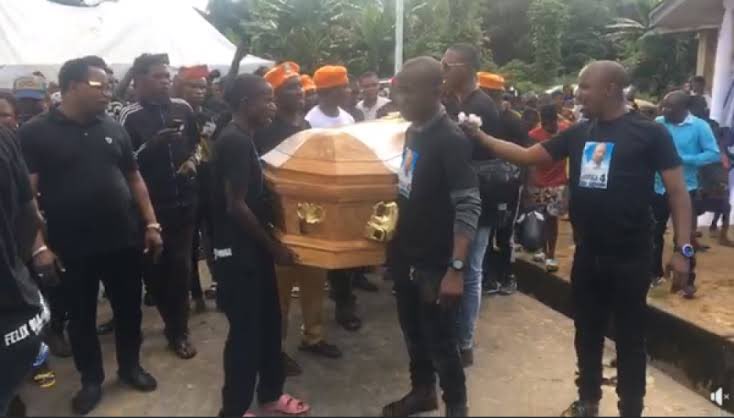 Olajide, a 200 level Pharmacy student at the Igbinedion University, Benin City, was killed by gunmen near Okada, Edo State on September 4, 2021.

Presidential aspirant Omoyele Sowore planning to defeat Buhari with ‘$200 each from 100,000 Nigerians’

2023: Sowore says it will be wrong to cede presidency to South-East

In Twitter post to commemorate the death of his brother, the presidential candidate of the AAC said Olajide was “brutally cut down by forces undoubtedly connected to the Muhammadu Buhari regime”.

“I say it without hesitation that events following his brutal murder points to state complicity”, he added.

(1/9) A year ago, my immediate younger brother Olajide Felix Sowore was brutally cut down by forces undoubtedly connected to the Muhammadu Buhari regime.

I say it without hesitation that events following his brutal murder points to state complicity.

Sowore claimed that all efforts to identify and prosecute the killers were frustrated by the Nigerian Police Force.

“Despite several meetings and phone conversations nothing concrete was done to unravel his killers except the police trying to cajole the family to bury him without carrying out an autopsy.

“Shortly after his burial, the police presented photos of two young men they alleged were Fulani herdsmen/kidnappers they arrested in a forest that confessed to killing my brother during a kidnapping operation at an abandoned Police checkpoint near Benin City.

“They promised to commence prosecution in two weeks. That was in October 2021. We never heard back from the Nigerian police again.”

Sowore however thanked friends and supporters that stood by him and his family during their moments of grief. He assured them that he will seek justice for his brother.

“We remain committed to ensuring that his death will not be in vain and that the conditions that permits the unconscionable termination of life by dark forces propelled by impunity, incompetence and complicity in Nigeria would be wiped out during our time as a result those responsible for his murder would not rejoice”, he said.