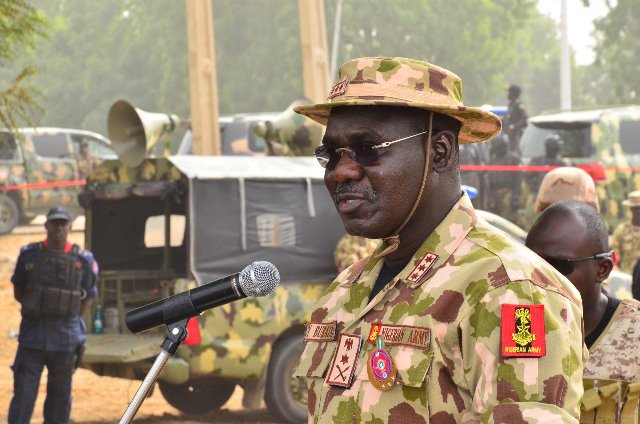 This was contained in a late-night statement issued on Friday by Sani Usman, Director of Army Public Relations.

According to the statement, Buratai ordered that every effort must be deployed to “to smoke out Shekau wherever he is hiding in Nigeria”.

Buratai also urged “the general public to also assist and volunteer information that would lead to the accomplishment of this task.”

This fresh order adds another twist to the never-ending tale with regards to the whereabouts of Shekau.

On more than one occasion, the Nigerian military authorities have declared Shekau dead only to recant their claims later.

In September 2016, Lucky Irabor, the former Theatre Commander of Operation Lafiya Dole, said Shekau was a title and not a single face, adding that about three ‘Shekau’s have been killed.

“We are yet to confirm whether he is dead or not,” he said, adding that the Army does not make statements that are not based on facts.”

But later in March this year, Dan Mansur-Ali, the Minister of Defence admitted that Shekau was neither dead nor injured but rather was on the run.

He said: “The spiritual headquarters (of Boko Haram) has been ransacked and vandalised, and Shekau is on the run. He may be hiding in one of the enclaves of Sambisa forest, which we are dominating.

“We have opened up the place we are using the place as a training area (and) we shall be patrolling and be ransacking that forest for the whereabouts of Shekau.”