Deadly viral disease similar to Ebola breaks out in Uganda 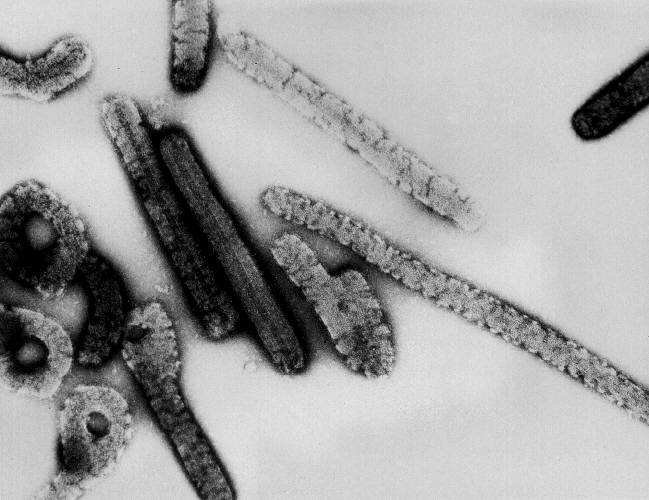 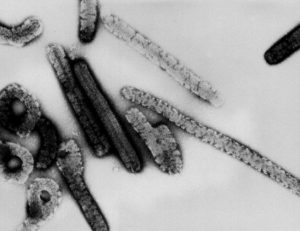 An outbreak of a ‘lethal virus’ – Marburg – clinically similar to Ebola with no known cure has broken out in Uganda, health chiefs have announced.

The virus is one of the ‘most deadly’ pathogens in existence as it kills up to 88 per cent of people that contacts it.

In Uganda, five cases have been identified and international aid agencies have sent medical teams to control the outbreak.

According to Daily Mail, two siblings have lost their lives to the disease, a brother and a sister in Kween district – close to the Kenyan border as confirmed by Dr Diana Atwine, Uganda’s health ministry permanent secretary.

MVD (Marburg Virus Disease) falls within the same family as the Ebola virus – the hemorrhagic fever that devastated West Africa and killed around 11,000 in 2014 and 2015.

The virus can be spread through bites from either fruit bats or monkeys, and can be passed from human-to-human through semen and blood

Dr. Atwine, said that the number of people infected is not ascertain currently infected, ‘Health experts are still investigating in addition to sensitising the population about the dangers of Marburg and we call for public vigilance.’

Hundreds of  people are known to have come into contact with the five MVD patients, prompting widespread panic to keep tabs on each person.

Emergency screening has begun at the Kenya-Uganda border to contain the outbreak.

The news comes amid a surge in cases of plague in Madagascar, which is the ‘worst outbreak in 50 years’ and now at ‘crisis’ point.

Marburg virus disease (MVD) is a lethal virus that has a case fatality ratio that can be as high as 88 per cent, according to figures.

It was initially detected in 1967 after an outbreak in Marburg, Germany, among workers exposed to African green monkeys.

Marburg and Ebola viruses are both members of the Filoviridae family. Though caused by different viruses, the two diseases are clinically similar.

Both diseases are rare and have the capacity to cause dramatic outbreaks with high fatality rates, the World Health Organization states.

People remain infectious if their blood contains the virus.