Awojide, before he became an IELTS ambassador, had written on May 5, 2020 at 8.24 a.m. via his Twitter handle Dr Dípò Awójídé (@OgbeniDipo) :

“Just like Jamb, I still don’t understand why people have to pay N75k for International English Language Testing System (IELTS), and the result expires in 2 years. That’s a lot of money. They make billions of Naira in profit from Nigeria. Reduce the fare by half or even 30%.”

IELTS: Nigerians are questioning why they have to prove they can speak English ㅡ every two years 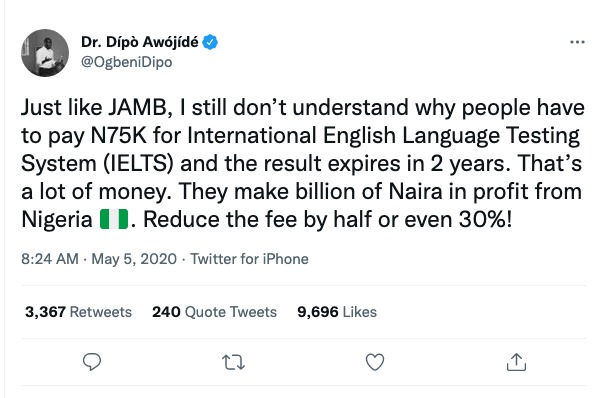 But The ICIR had screenshot the post before he deleted it.

This is coming a few days after the newspaper published a report on the UK money-spinning venture that has been  ripping off Nigerian visa applicants over the years. 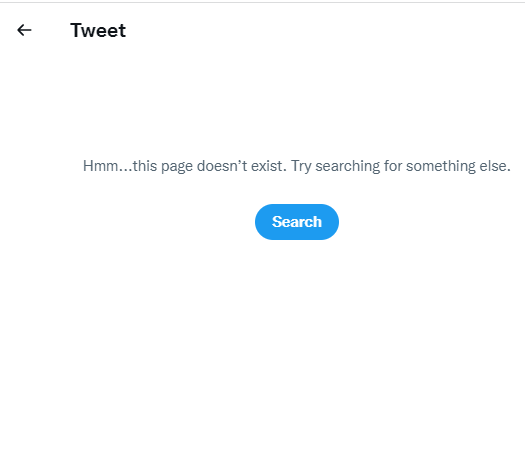 Dipo Awojide, a senior lecturer in Strategy at Nottingham Trent University; Fola Aina, a development policy expert; and Omotoye, the co-founder of Humansquad, a Canada-based immigration tech startup, were all mentioned in the report as ambassadors of IELTS helping to urge Nigerians to take the IELTS test.

Brands and advertisers are attracted to influencers with high follower counts, especially on Twitter, because the more people influencers reach, the more money they make.

The report stated that while Awojide and Omotoye had their contracts renewed from last year, Aina is a new entrant into the image-making enterprise of IELTS in Nigeria.

Their job description is to convince Nigerians seeking admission into universities or visa for jobs in European countries to take the IELTS tests and proffer strategies that project the brand in Nigeria.

While the brand ambassadors are paid to look at the positives of the IELTS, young Nigerians bear the brunt of its exorbitant charges.

In 2018, a pan-African media organisation, This Is Africa (TIA), started a petition to exempt citizens of African Commonwealth countries from English proficiency tests, and 99,514 people had signed the petition as of January 13.

Deletion of the  tweet may not be unconnected with The ICIR report on IELTS that is currently generating comments on social media.