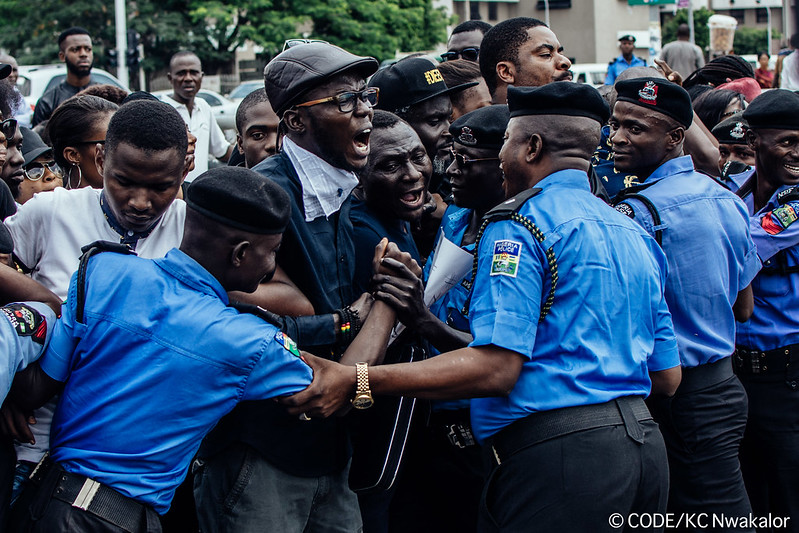 CONNECTED Development (CODE), a non-government organization (NGO) has urged President Muhammadu Buhari to be awake to his fundamental obligation of securing the lives and property of Nigerians.

Kevwe Oghide, CODE Communications Director, stated this in a statement sent to The ICIR Monday evening.

The civil society organisation while noting that the country and its citizens have been battling with the spate and consequences of insecurity, added that there have been little and zero actions to remedy the situation due to the depth of corruption entrenched in the country’s security sector.

“Nigerians have long battled the menace of dire brazen security challenges—ranging from Boko Haram insurgency to Farmer-Herders clash, the spate of sexual and gender-based violence and the menace of the rogue police unit,”Oghide said.

“Actions to combat these security conditions have been inconsequential compared to the magnitude of attacks and chaos in their wake. With corruption entrenched in the sector, sustaining an effective and efficient security policy continues to be a far-cry.

The organisation, while noting that challenges threatening the sovereignty of the country were enormous, stated that ” now is not the time for President Muhammadu Buhari to be verbose”.

“Youths are being hunted and killed unjustly, families are displaced, livelihoods are destroyed, human rights are violated — the President and his top officials have continued to thwart public faith in this administration’s ability to protect the people. Nigerians deserve stability, security, and improved quality of life.”

CODE also pointed out that the nation’s security sector has been ‘highly politicised’, adding that it has since become a tool of government coercion —with journalists and civil society members being unlawfully detained.

“The constitutional rights of the Nigerian citizen have consistently been infringed, disrespected and people now live in fear—depicting a total mockery of our democracy,” it said.

Reacting to the dissolution of the Special Anti-Robbery Squad (SARS) unit of the Nigeria Police, it argued that the dreaded unit of the police must not be merely dissolved, CODE asked that the Federal Government must bring the perpetrators of the police/SARS brutality and extrajudicial killings to face the wrath of the law.

“There must also be a thorough investigation into all alleged SARS-induced disappearances and killings.”

CODE called on the president to win back the trust of Nigerians by carrying out holistic and comprehensive security and police reform that will reposition the country’s security architecture.

“The embodiment of the security force must rethink the lame strategy of overburdening security agencies and vigilante groups and invest in adequate training and capacity building.”

This, the organisation explained would reduce overhead and operational costs, efficiently improve the security expenditure and expose the inherent corruption in the system.

“The apparent lack of transparency and opaque budget and procurement practices in the management and utilization of security funds in Nigeria has contributed to its operational shortcomings and frequent misconduct.”

“It is quite unfortunate that the President has not displayed the political will and courage to remedy these problems. He should seize this opportunity to win back citizens’ trust.”

It commended the thousands of Nigerian Youth that took to the streets over the weekend to protest and decry alarming police brutality, assaults and wanton killing of young unassuming Nigerians by the Special Anti-Robbery Squad. CODE added that Nigerians should not be silent in the face of injustice but must continue to speak against it.

President Buhari  had on Monday assured Nigerians that the “disbanding of SARS is only the first step in our commitment to extensive police reforms in order to ensure that the primary duty of the police and other law enforcement agencies remains the protection of lives and livelihood of our people.”

He said this on Monday in a one-minute thirty-seven-second video clip posted on the social media while speaking during the launch of the Presidential Youth Empowerment Scheme (P-YES), aimed at creating 774,000 jobs across the Local Government Areas (LGAs) in the country.

“I will like to use this opportunity to say a word on the recent genuine concerns and agitations by Nigerians about the excessive use of force and in some cases extra-judicial killings and wrongful conduct of the men of the Nigerian Police Force” he said.

The President expressed regrets over the killing of  Sherif Ishaq, a young man in Ogbomoso, Oyo State during the protest adding that he has directed an investigation into the circumstances of his death.

“We will also ensure that all those responsible for the misconduct or wrongful act are brought to justice. We also deeply regret the loss of life of a young man in Oyo state during the recent demonstration. I have directed that the circumstances of his death should be thoroughly investigated,” Buhari said.