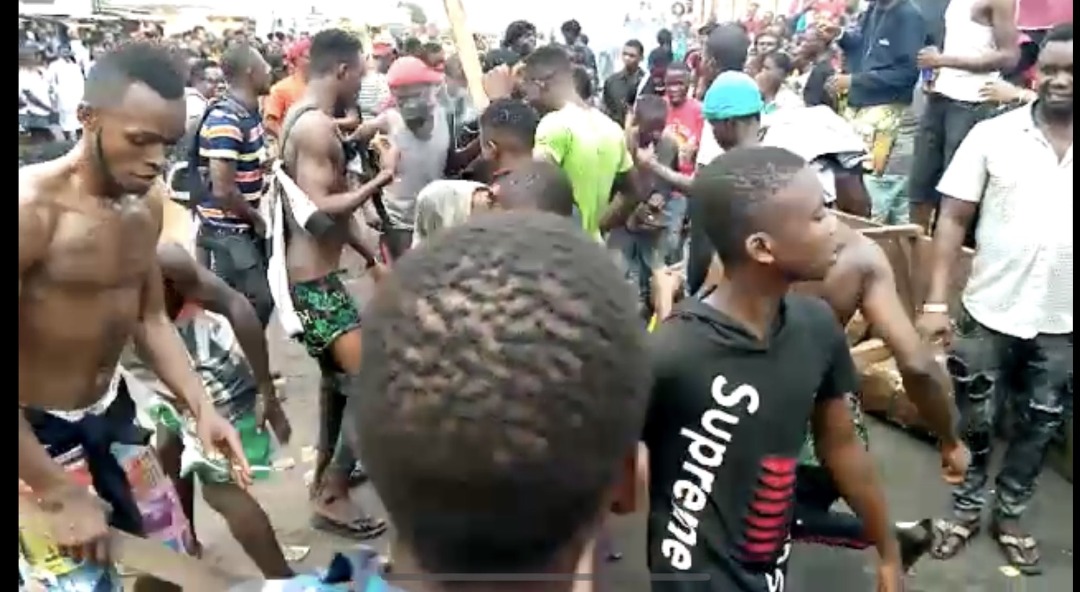 REPORTS from Benin City, Edo State capital have indicated that some suspected hoodlums hijacked the ongoing #ENDSARS protest in the city, attacked the Maximum Prison yard along Sapele road, and freed some inmates.

Videos from the incident which surfaced on the social media Monday morning showed how the inmates were escaping through the prison yard’s fence.

Crusoe Osagie, Special Adviser on Media to Godwin Obaseki, Governor of Edo State, confirmed to newsmen that the hoodlums engaged in guns battle with security operatives at the prison.

“The hoodlums are currently exchanging fire with the security personnel at the Maximum security prison in Oko, Benin City,” Osagie said.

Three police stations were reported to have been burnt by the hoodlums.

Some of the police stations affected include the Ugbekun and Idogbo Police stations in Ikpoba Okha Local Government Area of the state.

Meanwhile, Governor Obaseki in a statement by Osarodion Ogie, Secretary to the State Government, has imposed a 24-hour curfew beginning from 4 pm Monday in the state following the incident.

“The Edo State Government hereby imposes a 24-hour curfew across the state till further notice. The curfew is to take effect from 4pm, today, October 19, 2020,” Ogie said.

“This decision has become necessary because of the very disturbing incidents of vandalism and attacks on private individuals and institutions by hoodlums in the guise of #EndSARS protesters.”

“While the government of Edo State respects the rights of its citizens to undertake legitimate protests, it cannot sit idly when hoodlums have taken laws into their hands to cause mayhem on innocent citizens and the state.”

By the directive, Ogie said schools and businesses were to shut down activities accordingly adding that those who cannot move safely were to stay put between now and 4pm till calmness was restored.

“Parents are advised to rein in their children, youths and wards, to forestall further breakdown of law and order,” he added.

“The responsibility of government is to protect lives and property and maintain law and order, therefore, anyone found outside in violation of the curfew would be dealt with according to the law.”

Since it started, the #ENDSARS protest which has lasted over a week has gained international recognition.

Jack Dorsey, founder, and CEO of Twitter tweeted on Wednesday in support of the #EndSARS movement and also shared a link soliciting financial donations for the protest

Mohammed Adamu, the Inspector General of Police (IGP) had in response to the continuous protest to end police excesses and brutality in the country announced the disbandment of the dreaded police unit.

Also, President Muhammadu Buhari had  issued a directive, calling for a reform of the Police Force.

However, the protests have continued, with the protesters demanding immediate actions from the government and issuing a five-point demand which includes the release of all persons arrested and justice for victims of police brutality.