FACT-CHECK: Pictures of 2017 violence in Ibadan used to depict clash between SARS officers and protesters in Enugu 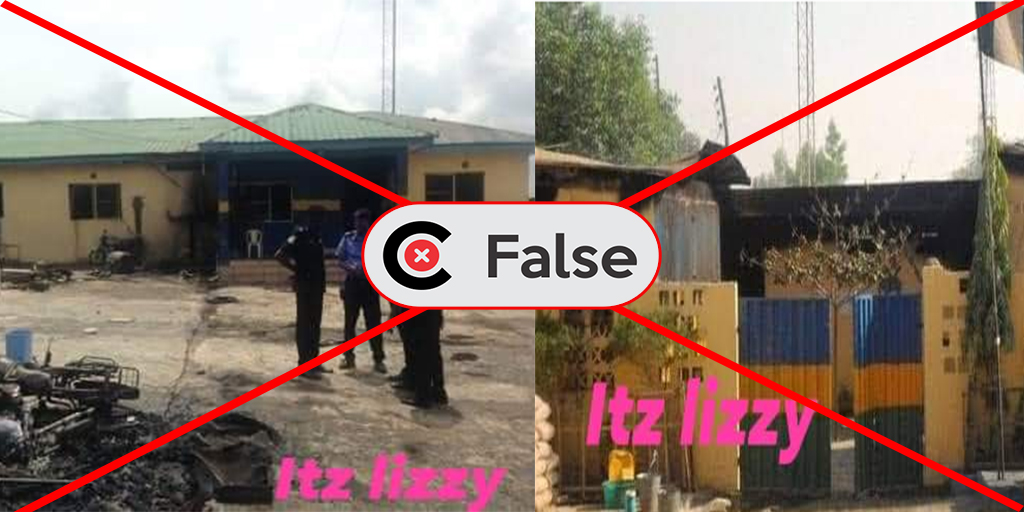 ON October 6, a Twitter user @OurPortHarcourt posted pictures of a fire-ravaged police station, claiming that the station was attacked by gunmen in Enugu.

She also wrote that the coordinated attack led to the death of six operatives of the (now disbanded) Federal Special Anti-Robbery Squad (FSARS) while many were injured. It also stated that, apart from setting the station on fire, prisoners were also freed.

How true are the pictures?

The ICIR checked the picture via Google Reverse Image Search to see if there were similar images on the internet. Note that the four pictures were taken in the same environment.

Google reverse image, which provided results in 0.87 seconds shows that the images first surfaced online two years ago when a face-off ensued between men of the Oyo State Police command and butchers in Ibadan.

The incident, which happened at the abattoir section of the Bodija international market in the state capital, occurred as butchers in the market refused to relocate to a new market in Amosun village, Akinyele local government area of the state.

The clash led to the death of four people who were gunned down by the police for allegedly trying to burn the police station attached to the market.

While reacting to the killings, the irate butchers burnt vehicles parked within the station premises while also destroying other valuables.

In a bid to ensure proper sanitary and healthy practices among butchers in Ibadan, the state government had asked butchers in the state capital to relocate to a centralised abattoir at Amosun Village. This was on account of the unsanitary circumstances of major abattoirs in Bodija, Aleshinloye, Gege which led the State government to unlicensed all slabs in Ibadan for two years.

The Special Anti-Robbery Squad (SARS) was one of the 14 units under the Force Criminal Investigation and Intelligence Department of the Nigerian Police Force before it was disbanded following protests by Nigerians over the unit’s notoriety and gross violation of human rights.

The unit was established to detain, investigate prosecute people involved in crimes like armed robbery, kidnapping and other crimes

Over the years, SARS has been accused of gross human rights violations while discharging its duties, leading to a call for its disbandment.

Checks by The ICIR have shown that the photograph is not related to the #ENDSARS protest because it was taken two years during the face-off between Ibadan butchers and the police.