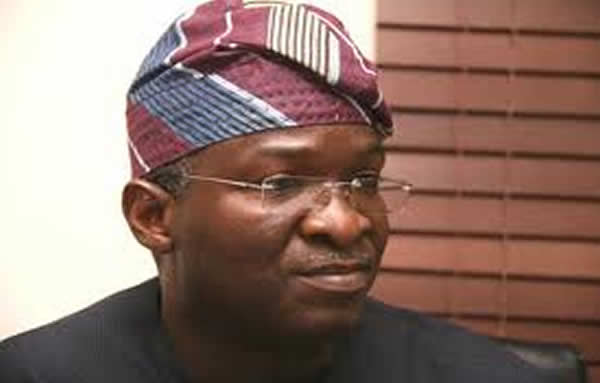 This is contained in a statement signed by the special adviser to the Governor on Media, Hakeem Bello, and made available to newsmen on Friday.

The statement said the reopening was in the interest of students and in compliance with the recommendation of the state House of Assembly Ad-hoc Committee on the recent disturbances in the school.

According to the statement, the governor has also approved N51million for the repairs of the institution’s property and facilities damaged during the period.

Fashola urged the students to return peacefully for normal academic activities on Monday and to be of good conduct.

The authorities of the university had on January 23 shut the institution following students’ protest over hike in fees and inability to access the registration portal for second semester examination.

The institution’s facilities were damaged during the protest.

Deputy Speaker, Lagos State House of Assembly, Kolawole Taiwo, was on Tuesday booed by students of the institution who had stormed the House to protest the imposition of a N250,000 school fees per student.

Accompanied by rights groups, including Joint Action Front, JAF and Education Rights Campaign, ERC, the students holding placards, some of which read ‘Education is a right not a privilege,’ ‘Adequate funding of education is non-negotiable’ and ‘Reverse the fees now,’ among others, accused the assembly of collaborating with the administration to deny them right to affordable education.

Spokesperson for ERC, Hassan Soweto, who spoke on behalf of the students, blamed the ongoing crises rocking LASU on tuition fees of N250,000 charged per student, saying that indigent students had had to go through hell and urged the state government to reverse the school fees and make them affordable to Nigerian parents.

In the same vein, secretary general of the Joint Action Front, JAF, Abiodun Aremu, urged the House to reverse the high fees as part of its responsibilities and duties.

“Our students have the right to attend universities. University must not be run by dictators; the fees must be reversed. The demand is non-negotiable,” he declared.

Group Says Fashola Government Has Performed Only In Newspapers

Group Says Fashola Government Has Performed Only In…