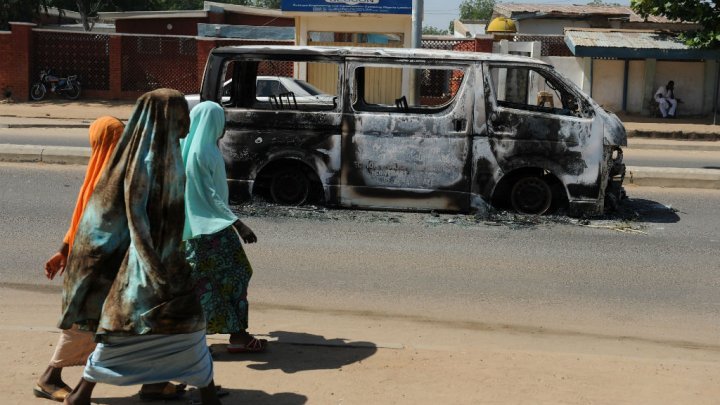 The Nigerian army says some “misguided and heartless” parents and guardians in the north-east are donating their children and wards to Boko Haram to be indoctrinated and subsequently used as suicide bombers.

This was contained in a statement issued by Sani Usman, spokesman of the army, on Saturday.

Usman said the appeal was due to shocking revelations by some arrested would-be suicide bombers.

“The Nigerian Army wishes to appeal to religious, traditional and community leaders, as well as all well-meaning Nigerians, especially in the North-East of our country, to help dissuade people from donating their daughters or wards to Boko Haram terrorists for indoctrination and suicide  bombing missions,” the statement read.

“This appeal became expedient in view of recent revelations by some intercepted female suicide bombers during interrogations.

“It was discovered that most of these hapless minors were ‘donated’ to the terrorist sect by their heartless and misguided parents and guardians, as part of their contribution to the perpetuation of the Boko Haram terrorists’ dastardly acts against the Nigerian society and humanity.

“The acts of these parents and guardians are not only barbaric, but condemnable and unacceptable. Nigerians have a responsibility and obligation to collectively mould our children and wards.”

Usman also urged members of the public “to be more vigilant, security conscious and report any suspicious persons or those whose daughters or female wards are missing or have not been seen recently”.

“The public is also kindly reminded that the Nigerian Army’s offer and reward of N500,000 to anybody that brings information about suicide bombing is still available.”

More than 145 girls have been used as suicide bombers between January and July, according to an investigation by Punch newspaper.

At least 15 female suicide bombers died in January, 10 in February and 15 in the months of March, April and May.

“June and July, however, witnessed an upsurge and claimed about 30 girls each,” the report read.

Authorities say the number could be higher as some suicide missions might not have been reported to the agencies.

Though Boko Haram also made use of male bombers to carry out attacks, it was discovered that there were far more females than males.

FBI arrests Nigerian who ‘specialises’ in fraud and identity theft

Poor electricity supply cost us N130bn in the first half of 2016, say manufacturers