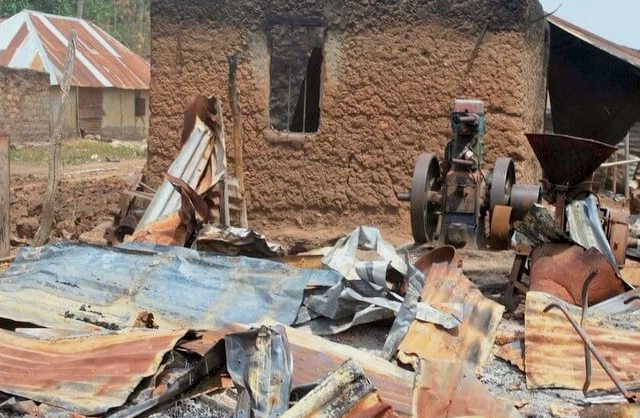 Less than 24 hours after suspected Fulani herdsmen killed 19 persons in Ayar-Mbalom community, Benue State, another 16 persons were killed in Ali Agundu and Tsav council wards in Guma Local Government Area of the State on Wednesday.

Channels Television reports that the attacks were carried out simultaneously in the two settlements at about 2 am on Wednesday.

Anthony Shawon, Chairman of Guma LGA, confirmed the incident, adding that 13 persons were killed in Ali Agundu, and the other three at Tsav.

Shawon said the victims have been buried.

The House of Representatives have summoned President Muhammadu Buhari over the incessant killings in Benue and several other States of the federation. The resolution was reached during Wednesday’s sitting of the House following a motion moved by Mark Gbilah, from Benue State.

Buhari had condemned Tuesday’s killings, describing it as vile, evil and satanic, and vowing to bring the perpetrators to Justice.

Speaking at the inauguration of the Deeper Life Bible Church new auditorium in Gbagada, Lagos State, on Tuesday, Osinbajo said “the killings in the church was a ploy by the devil to cause religious war in Nigeria”.

“While the security agencies continue to work to bring the perpetrators to book, the body of Christ must not lose focus, but must do more in propagating the gospel of Jesus Christ.

“Nobody can stop the preaching of the gospel of Jesus Christ. The Lord is building his church and the gate of hell cannot prevail against the church,” Osinbajo said.