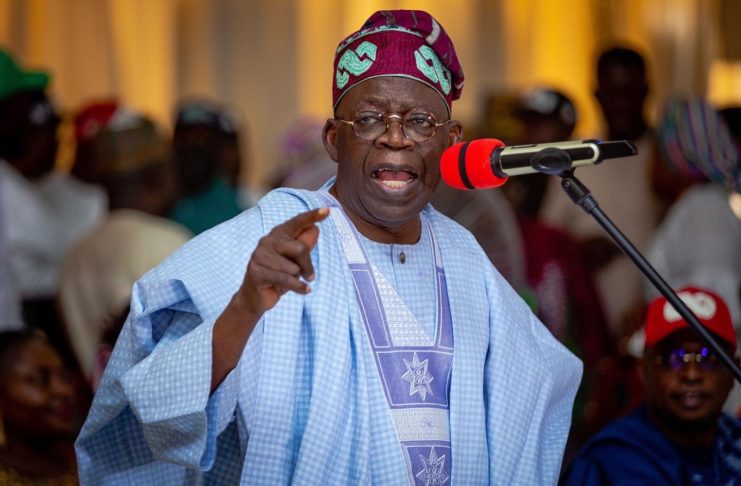 PRESIDENTIAL candidate of the All Progressives Congress (APC) Bola Ahmed Tinubu has revealed that he fought a hard battle to win the party’s ticket.

Tinubu spoke at the palace of the Oba of Lagos, Rilwan Akiolu, on his return from Abuja on Sunday, according to a statement by Gboyega Akosile, Chief Press Secretary to the governor of Lagos State.

According to the statement, Tinubu said he stood his ground and fought to win the presidential ticket despite the seeming gang up against him.

He said, “There is no Lagos indigene that has had the opportunity to become President of the Nigeria, despite the contribution of the state to national stability and progress.

“The highest position attained by any Lagosian in national leadership is the position of Chief Judge of the Federation.

“I took up the fight to break this jinx. The battle to secure the APC ticket was hard. When I was almost fed up, I resorted to prayers. I also poured out my mind when I felt there was a gang up against my person. Thank God that I have brought home the presidential ticket.”

The APC flagbearer urged his supporters to turn out in large numbers and cast their votes during the presidential election.

“The task ahead is to galvanise our people to get their voter cards and vote to enable us realise this ambition.

“Getting our people to vote is the most important task before all of us. We need to take this message to our people across communities and sensitise them on the need to vote in the general elections.”

On his part, the Oba of Lagos, Akiolu, buttressed Tinubu’s claims after describing him as his “stubborn son”.

He also enjoined political leaders in South-West region to close ranks and work for Tinubu’s victory in the presidential election.

According to him, the massive support for Tinubu from different parts of the country must be complemented by politicians in the South-West.

“Your emergence as the presidential candidate of your party is the beginning of another journey in your political career. All Yoruba ancestors shall be with you on this journey to make our fatherland a better place,” he said.

He was received by Lagos State governor Babajide Sanwo-Olu before departing for the Oba’s palace.