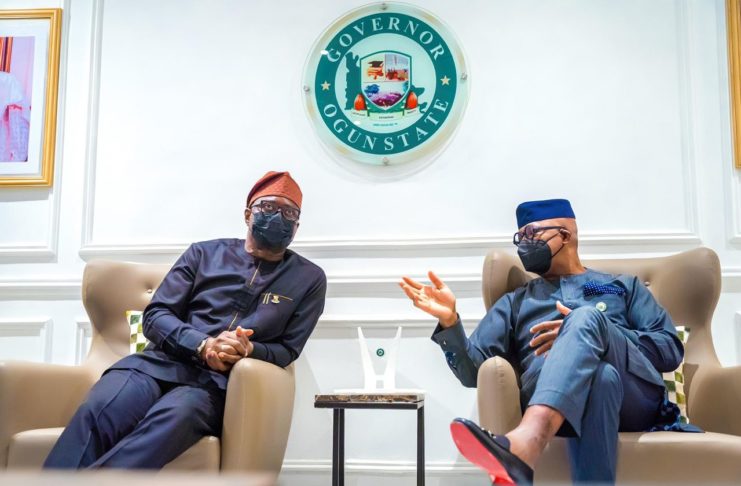 GOVERNOR of Oyo State Seyi Makinde has vowed to work with his Ogun State counterpart Dapo Abiodun to end banditry and kidnapping in boundaries shared by the two states.

Makinde spoke during the inaugural joint security meeting between the two states in Abeokuta, the Ogun State capital.

The two governors, at the meeting, emphasised the centrality of security to achieving socio-economic development.

Makinde said the two states decided to embark on the collaborative effort because of the growing rate of criminal activities such as kidnapping and banditry.

According to a statement signed by the Chief Press Secretary to the Governor of Oyo State, Taiwo Adisa, Makinde said, “We came here to initiate a collaborative effort between our two states because it is the right thing to do and absolutely important we do it.

“In recent times, we have seen cases of kidnapping. So, if it is not a big concern to the leadership of the two states, then we won’t be here also with our service commanders because we have quite a bit to do.

“My brother and I have an absolute commitment to the security of lives and property within the two states.

“We have experiences across the states and what this meeting will do for us is to be able to share these experiences and look at those decisions we can take jointly to improve the security situation in our states.”

Makinde also played down the issue of party politics in security and development matters.

“I am happy that this is not about partisan politics. My brother is from the APC, and I am from PDP. We are having security issues along our common borders. We have had two PDP governors in this state, and I did not see where they had this kind of collaboration anywhere.

“Again, two APC governors were in both states and could not achieve anything. Today, we have APC and PDP governors, and we are here to collaborate.”

Also speaking at the meeting, the host governor Abiodun said the joint security meeting was informed by history, common heritage and cultural affinity, noting that the realisation of the need to put a stop to the recurring challenge of herders/farmers clashes, kidnapping and other nefarious activities around boundary communities in the two states led to the institution of the collaborative effort.

Abiodun added: “This collaboration is peculiar not just because Oyo State is our neighbour, but the largest by landmass of the six South-Western States and the political capital of the zone. Thus, whatever happens in Oyo State could easily have ripple effects on the other five States.

“No doubt, each of our two states has its peculiar security challenges which the respective state governments have been tackling through internal security architecture.

“We appreciate the fact that there is no way development in one of our two states will not have a spiral effect on the other state, especially through our border communities.

“We must jointly and quickly find ways to cooperate, collaborate and find solutions to the various security challenges in these communities. This is why today’s bilateral meeting is very timely.

“With this partnership between our two states, an enduring peace and security that will promote sustainable economic development that will engender individual prosperity of both our people in Ogun and Oyo states.”

It was convened to discuss common issues affecting the safety of lives and property in the neighbouring states.

The meeting agreed to implement tmshort-term initiatives including threat assessment and analysis along the border corridors; deployment of CCTV on the interstate highways; and harmonisation and mainstreaming of voluntary police and informal security outfits.