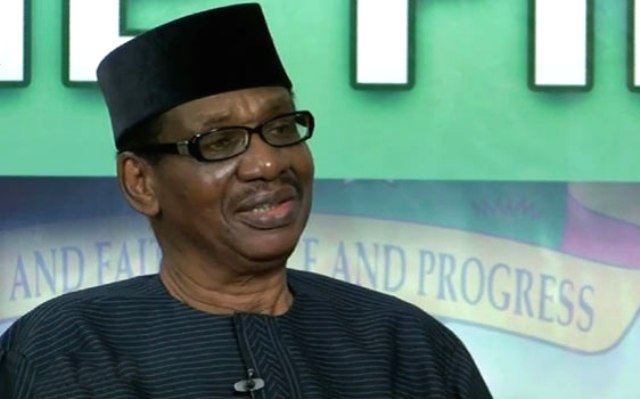 Itse Sagay, Senior Advocate of Nigeria and Chairman of the Presidential Advisory Committee Against Corruption (PACAC), says the whistle blower that led to the recovery of billions in Ikoyi, Lagos, might have gone mad if his commission was paid to him upfront.

Sagay said this during an interview with newsmen on Monday, adding that it was important for the young man to receive series of mental and financial counseling before his reward could be released to him.

The EFCC said it recovered a total of N13 billion in that operation, which means that the reward accruable to the whistle blower according to the whistle-blower policy of the federal government, runs into several millions of naira.

“What I gathered from my inquiry is that the man is not sufficiently stable to receive such a huge sum of money,” Sagay said.

“He is like someone who will almost run mental when he gets the money and will use it in an irresponsible manner, attracting not only undesirable people but even danger to himself.

“I think what they wanted to do for him was to provide counsellors. Not just counsellors for character and mental situation but counsellors who would be like consultants that would help him to really invest the money and plan in such a way that he doesn’t throw it away in five minutes.

“And like everyone that has been deprived for a long time, he is so desperate to have it but from what I can see, if they just give him everything, it won’t last more than a month or two because so many people will start finding ways to get to him and taking their portions from him.

“So, they were just trying to help him but he became hysterical.”

Sagay said the decision to pay the whistle blower in tranches is a good one as it will prevent him from spending everything in one fell swoop.

“It is better to pay him in tranches. I agree with the government because if not, he will throw it away,” Sagay said.

“This is valuable money that government could have used for millions of unemployed and wretchedly poor people. One man is getting it and he just wants it so that he can blow it all in five minutes? No.

“The government has a responsibility to see that his excitement does not end in seeing the money being thrown away irresponsibly. So, I agree with the government.”

It was Ibrahim Magu, Acting Chairman of the EFCC, who first said that the Ikoyi whistle blower had been paid and is now a millionaire.

The claims prompted Yakubu Galadima, lawyer to the whistle blower, to issue a statement insisting that his client has not received a dime so far.

Galadima said that at some point, the whistle blower was invited to the headquarters of the Department of State Services (DSS) and was detained for more than one month.

He however said that since the government has promised to pay him by the end of November, he will exercise some patience until then.

“As far as I am concerned, if the money is not paid by the end of this month, I am ready to tell the whole world but if they act favourably, their image will be redeemed,” Galadima said.