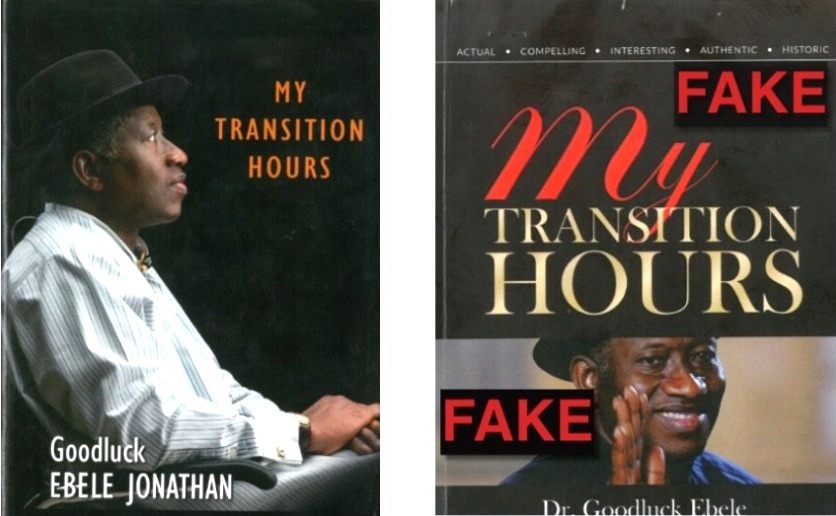 FORMER President Goodluck Jonathan has urged the general public to disregard the fake electronic copy of his new book, ‘My Transition Hours’, which is currently being circulated across various social media platforms.

The book was launched on Tuesday, November 20, in Abuja, as part of activities to mark Jonathan’s 61st birthday.

“We have just been informed that a fake document contrived by mischief makers is being passed on as the e-version and hard copy of the just launched ‘My Transition Hours’,” Jonathan tweeted Thursday afternoon.

“We advise the general public to ignore such publication as the chapters and contents are not the same as the book publicly presented two days ago in Abuja.

“Also, note that the e-copy of ‘My Transition Hours’ ’is not being marketed, as such, the fake online version could only have been created by those out to deceive the unsuspecting public.”

The former President had earlier tweeted that copies of the book “are available on Roving heights, Konga, Jumia, SME Market Hub and other leading bookstores across Nigeria for N5000 (paperback) and N10,500 (hardback)”.

The ICIR has sighted one of the e-copies being shared on Whatsapp, but it is yet to determine whether it is a ‘fake’ copy or not.

We have not conducted any oversight of army projects since 2016, senator reveals

Jimoh Moshood: Adikwu was not murdered, he slumped and died

Obasanjo’s history of ‘letter-writing’ and its significance

Abubakar to Jonathan: You proved that you love this country more than you love power

Finally, Jonathan gets to tell own story in new book ‘My Transition…