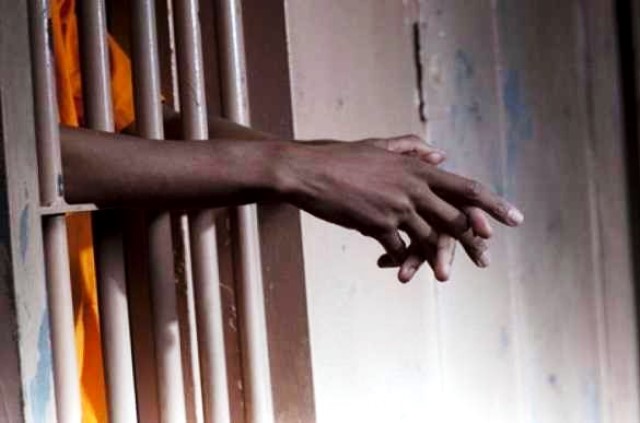 A local government worker in Ekiti State, Ojo Ayodele has been sentenced to life imprisonment for abducting and raping a minor.

Justice Oluwatoyin Abodunde of the Ado-Ekiti High Court handed down the sentence on Wednesday after finding the accused person guilty of the offence.

Ayodele was also handed a seven-year prison sentence for abduction, but both sentences will run concurrently.

The News Agency of Nigeria, NAN, reports that the convict abducted the minor in Ijero-Ekiti and took her to a secret location in the town where he subjected her to continuous sexual assault for 21 days.

Ekiti State Director of Public Prosecution, Gbemiga Adaramola, said that Ayodele was first arraigned on February 2, 2016 on a two-count charge of rape and abduction.

The prosecution called seven witnesses during trial and presented several exhibits including statements of the victim and that of the convict as well as a medical report that established the rape.

The convict did not call any witness in the course of the trial although his counsel, Tosin Osundahunsi, was in court during sentencing.

According to the prosecution, a concerned citizen had seen blood stains on the victim’s clothes and took her to Ijero Local Government Immigration Office to report the case.

Ayodele was later caught at the council secretariat after the victim identified him as the abductor who subjected her to serial raping.

He was arrested and taken to Ijero Police Station where the case was reported.

The victim was said to be living with her stepmother after her father and mother divorced, and the latter relocated to Port Harcourt.

She reportedly met the convict after she ran away from home and he promised to take care of her only to subject her to series of sexual abuses.