The men who shouldn’t be in Buhari’s government 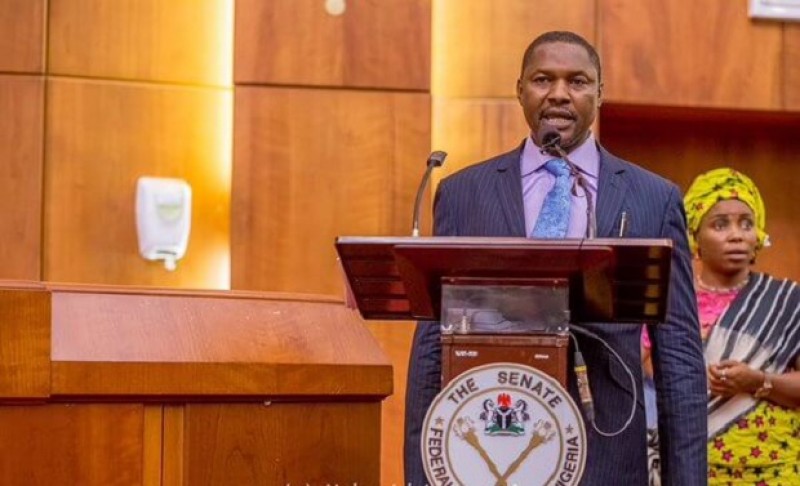 This piece is laden with unsolicited advice. It ordinarily should not have been written, but for recent evidence that the quality of advice available to President Muhammadu Buhari is questionable. Friends of people in power often speak in hushed tones about how the President never listens, about how difficult it is to approach him much less sell an argument to him once his mind is made up. However, anyone who watched Okoi Obono-Obla, Special Assistant to the President on Prosecution, on Channels TV on Monday will agree that we can’t leave Buhari to his advisers.

This list is inconclusive; it only profiles five or so Federal Government appointees who, with an ideal President in charge, would have already lost their jobs last week. As occasion demands, it will be torn à la Olusegun Obasanjo’s PDP membership card and replaced with new names. It took Buhari himself six months to assemble his ministers; therefore, it would be impossible for a journalist to gather the bad eggs in one fell swoop.

All names on the list earned a spot either by virtue of their role in or their analysis of the botched civil service recall of Abdulrasheed Maina, former Chairman of the Pension Reform Task Team (PRTT), who is wanted by the Nigerian Police, the Economic and Financial Crimes Commission (EFCC) and the INTERPOL for multibillion-naira pension fraud.

Nigerians were still trying to make sense of Maina’s reinstatement when Obono-Obla appeared on Channels TV’s Sunrise Daily to defend the indefensible, arguing that since Maina “had not been found guilty of any offence”, he did “not see why some people are outraged”.

Obono-Obla even substituted himself for Maina. “If the EFCC declares me wanted, that does not mean that I have been adjudged guilty,” he said. “It is only a court of competent jurisdiction that can adjudge anybody guilty.”

Obono-Obla must have been red-faced a few hours later when Buhari ordered Maina’s disengagement from the civil service. Being a lawyer and the presidential adviser on prosecutions, Obono-Obla should have known that the court could not have declared guilty, a man who fled from trial.

Had Buhari sought Obono-Obla’s advice before acting, he would have been encouraged to keep the fugitive in service until conviction by the courts that he was running away from. People like Obono-Obla do not belong in Buhari’s government; people like him are enemies of the people — enemies of poor, aged pensioners who have been denied the fruit of their labour by the greed of a few people among whom, according to the EFCC, is Maina.

Abubakar Malami is still the Attorney General of the Federation? Shocking but not so shocking — because this is Nigeria. As has now been made public, it was an April 2017 letter from Malami that triggered a string of processes that culminated in Maina’s secret reinstatement. In that letter, Malami urged the Federal Civil Service Commission (FCSC) to “give consequential effect to the judgement that voided the warrant of arrest issued against A.A. Maina, which formed the basis for the query and his eventual dismissal”.

Malami’s letter is misleading. Contrary to the AGF’s letter, the arrest warrant was not the basis of Maina’s dismissal from service in 2013. Rather, it was his abscondment from duty. The undercurrents of Malami’s action are not all public yet, but there is scant truth in his claim that he was guided by “law and public interest”. Malami’s interests are private.

Unfortunately for the ‘change’ regime Buhari professes to be running, a figure like Malami, sympathetic to the course of persons of questionable character, will constitute an albatross to the anti-graft cause. Since Malami could not advise Maina to first clear his name in court as precondition for his reinstatement, the AGF should follow the fugitive through the exit door.

Bravery is one of the hallmarks of the Nigerian soldier. Maybe because this virtue is limited to the battlefield, or perhaps because he has since retired (as a Lieutenant-General), Abdulrahman Dambazzau didn’t have the courage to own up to this involvement in Maina’s recall. Once the secret affair was blown open, Dambazzau rushed to the media in an attempt to pass the buck to the Head of Service (HoS) and the FCSC. Not only did he pass the buck, he pretended as though he was merely a distant observer in the matter.

“The office of the Head of Service and the Federal Civil Service Commission are the two bodies responsible for issues relating to discipline, employment, re-engagement, posting, promotion and retirements of Federal Civil Servants,” Ehisienmen Osaigbovo, his media aide, said. “It is understood that Maina’s last posting was with the Ministry of Interior, and that is probably why he was re-posted to the ministry.”

After Malami’s letter, the FSCS forwarded the matter to the Ministry of Interior, which decided, at its Senior Staff Committee (SSC) meeting of June, 22, that Maina should be reinstated. Dambazzau was fully in the know.

Buhari might be wondering by now if it would have been best to have altogether left Dambazzau out of his cabinet. After his removal and premature retirement by Godluck Jonathan in 2010, Dambazzau resurfaced with Buhari in the lead-up to the 2015 election. Having headed the security committee of the APC campaign organisation — and given his long-standing relationship with Buhari — Damnazzau was early favourite for appointment as Buhari’s National Security Adviser (NSA) — until questions about his past stewardship resulted in his movement to the less prominent interior ministry.

Maina’s recall isn’t his first flirtation with controversy. It is still a mystery how he wasn’t implicated in the arms deal probe of the current government, having been Chief of Staff for two of the five Jonathan years when the military served as conduit for diverting public funds to private pockets. There are allegations that the probe report was doctored to shield him. But there can be no shielding for the Maina case; Dambazzau’s friendship with Maina should be allowed to continue blossoming — but only outside the government.

On whose orders has the Department of States Service (DSS) been providing security for Maina since his covert return to the country? Unless Daura can satisfactorily answer the simple question, this will be one mess too many for the DSS, bearing in mind the flimsy report on which it advised the legislature against Ibrahim Magu’s confirmation as substantive EFCC Chairman.

And even if he explained that away, how would he, the role of the DSS in how Maina managed to evade airport alerts each time he sneaked into the country in the past? All these events can’t be mere coincidences; it is either Daura has not been doing his job or he hasn’t been doing it well. Can Buhari ever dismiss his friend from Daura, in favour of a more responsible DSS? A real test!

After two years in office, Garba Shehu, one of Buhari’s two spokesmen, is still obsessed with Jonathan. To Shehu, “some influential officials loyal to the previous government may have been the invisible hand in the latest scandal that saw the return of Maina to the public service, despite being on the EFCC’s wanted list”.

Shehu views Maina as “one of the monsters created by the former PDP government, and which are still rearing their ugly heads long after the Party was soundly defeated in the 2015 elections”.

We thought Shehu’s announcement of rat infestation at Buhari’s office was the worst we would get, but this?

President Muhammadu Buhari will himself deserve a place on this list if more than one of these men retain their office by the time the Maina probe is done and dusted. It is one thing for a President to have the wrong hands in government; it is another for him to possess the balls to replace them.

By ordering Abdulrasheed Maina’s dismissal from civil service, Buhari merely played to the gallery. If he is genuinely interested in fighting corruption, the facilitators of Maina’s reinstatement should be sacked as well. Unless the masterminds of Maina’s backdoor recall have been dealt with, Buhari is just glossing over the matter.

And this is not too hard to do. Even Jonathan, the one widely believed to be weak, fired (albeit reluctantly) Stella Oduah as Minister of Aviation, following her indictment by two panels that probed the purchase of two bullet-proof cars for N255m and the approval of N643m for the purchase. If a weak civilian did this, it can’t be too much to expect from a stone-cold retired Major-General. If he can’t dismiss his under-performing appointees, then Buhari is the number-one enemy of his own government.

A corrupt ex-governor was tasked with seeking Ribadu’s successor at EFCC, says Obasanjo

How Lagos politician, others swindled businessman of N360m — and made him attempt suicide