Minimum wage: No going back on nationwide protest on Wednesday – NLC 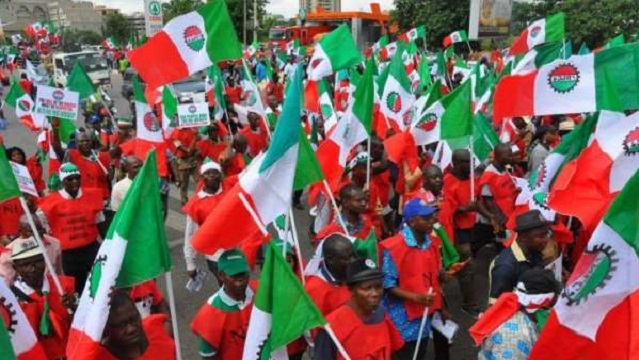 THE Nigeria Labour Congress (NLC)has said that the proposed nationwide protest over issues concerning the implementation of the new minimum wage will take place on Wednesday.

Benson Upah, NLC head of information, told The ICIR on Tuesday that the proposed strike would take place as earlier announced.

“Yes, the strike is still holding here in Abuja from the Unity Fountain to the National Assembly, while others would hold across state assemblies of the 36 states of the federation,” said Upah.

Ayuba Wabba, NLC president, had said last week that the union would stage a nationwide protest over a bill seeking to take the national minimum wage from the exclusive list and allow state governments to fix them for workers.

According to Wabba, the bill, if allowed to be passed into law, would enable authorities in the states to enslave their workers.

Wabba explained that the directive was part of the resolutions reached at an emergency meeting of the national executive council of the NLC.

“The NEC decided that should the need arise, it has empowered the National Administration Council of the NLC to declare and enforce a national strike action, especially if the legislators continue on the ruinous path of moving the National Minimum Wage from the Exclusive Legislative List to the Concurrent Legislative List.”

“The NEC warned that should the current artificial scarcity persist, that the various leadership structures of the NLC should picket petrol stations found to be inflicting pains on Nigerians,” the NLC president added.

Recall that the NLC and the federal government had spent several months ‘negotiating’ the minimum wage before it was eventually agreed that 30,000 naira would be the least pay for workers in Nigeria.