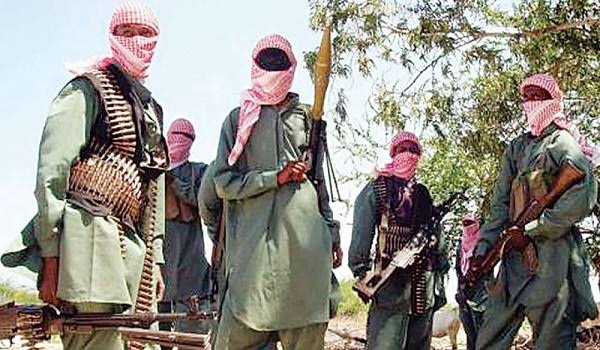 A STUDY by the Institute of Economics and Peace (IEP) has revealed that protracted violence has affected eight per cent of Nigeria’s Gross Domestic Product (GDP), leading to a loss of about N50 trillion within 18 months.

The ICIR reports that the N50 trillion is about three times bigger than the 2022 Budget that President Muhammadu Buhari signed into law on December 31, 2021. The budget provides for aggregate expenditures of N17.127 trillion, the highest in the nation’s history.

This means that the N50 trillion, which the IEP reported that Nigeria lost to insecurity within 18 months, from January 2021 to June 2022, could fund budgets for three years, going by the amount budgeted for 2022.

Shehu Sani opens up on 2023, worsening insecurity in the North

The report which was presented in Abuja on Wednesday also said that Nigerian government spent at least N8 trillion on security without achieving the desired results.

“Nigeria lost about ₦50.38 trillion to growing violence in 2021. The Nigerian government has spent at least ₦8 trillion on security provisions without achieving the desired results,” the report said.

According to IEP, the report was based on analysis of violent activities across the country including secession agitations in the South and bandit attacks on vulnerable villages in the North-West and North-Central.

It noted that village raids, sexual violence, ransom kidnapping, killings and loss of large-scale livestock has affected the livelihoods of about 21 million people in Kaduna, Katsina, Kebbi, Niger, Sokoto and Zamfara states.

Parts of the report read: “Banditry in North-West and North-Central regions transitioned from raids on vulnerable communities to large-scale ransom kidnapping of school students and brazen attacks on targets, including military installations. Sometimes, bandits send letters of impending attacks and extort levies from terrified communities.

“From the North to the South, activities of armed men have led to bloody shootouts, protracting crisis, and complicated security situations in many rural communities in Nigeria, violent conflicts limit access to farmlands and disrupt livelihood sources. Due to this challenge, food insecurity across Nigeria looms in rural areas.

“The secessionist agitations in Nigeria raise serious concerns and have continuously thrown the nation into a state of instability and disintegration. At the very least, significant amount of resources have been lost during the agitations.

“Escalating violence in the South-East is hampering economic progress and social order. According to a report, every time there is a sit-at-home, the South-East geopolitical zone loses about 10 billion naira.

“Cities like Onitsha, Aba and Nnewi are core manufacturing and commercial hubs that are negatively impacted by the insecurity in the region. Manufacturing accounts for 31 per cent and 30 per cent of businesses in Aba and Onitsha.

“Additionally, insecurity has displaced many farming communities and hindered cultivation. This situation has deterred agricultural supply and increased the cost of agricultural goods.

Meanwhile, the report pointed out that despite the decrease in terror-related deaths, Nigeria recorded the ninth highest number of persons killed by terrorist incidents worldwide in 2022 due to recurrent crisis including banditry, terrorism, cultism, extrajudicial killings, farmer-herder struggle and secession agitations.