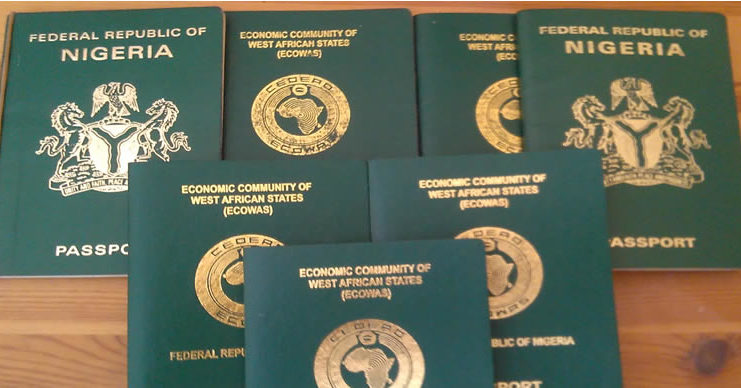 NIGERIA has been ranked 7th among top 10 countries offering visa-free entries for visitors, according to the latest Africa Visa Openness Index (AVOI) published jointly by the African Development Bank (AfDB) and the African Union Commission.

Although Nigeria slid downward by two steps to rank seventh position, against the fifth position it held in 2020, it offers visa-free entry to citizens of about 17 African countries, while citizens from the remaining 27 countries can obtain visa upon arrival. It is also among 24 countries offering e-visas in the region.

Findings presented in the sixth edition of the report showed that in 2021, Africans could only travel to one-quarter of the continent visa-free and fewer countries issued visas on arrival than before. Visa fees were still high at an average of $65 and cumbersome application processes remained a major bottleneck for travellers in Africa, especially business people.

Deputy Chairperson at the AU Commission Monique Nsanzabaganwa noted that the Africa Visa Openness Index report had revealed a real danger of Africa losing the gains in liberal visa policies that the continent had realised over the years.

“A lot more can be done to reduce bureaucracy, address the security implications for the free movement of people agenda, and simplify the visa process so that Africans have a smoother travel experience,” she said.

For the first time since the African Visa Openness Report was published, the data show that openness levels dropped slightly in 2021, after some governments temporarily reversed their liberal visa regime partly in reaction to the COVID-19 pandemic and largely to respond to recent instability in their countries. African travellers now require a visa to access just over half of the continent’s countries.

Experts at the AfDB say in order for Africa to recover and rebuild, it is important that the governments combine efforts not only to expand access to vaccines but also ease the movement of people on the continent.

“Making vaccines more accessible and easing the movement of people is essential to kick-start trade and investments in tourism, travel-related industries, and other equally crucial sectors, such as agriculture, energy and manufacturing,” said AfDB Vice President for Regional Development, Integration and Business Delivery, Khaled Sherif.

Similarly, the Officer-In-Charge of the Regional Integration Coordination Office at the African Development Bank Jean-Guy Afrika added: “By supporting the free movement of people, we make it easier for Africans to do business in Africa. Free movement of people, especially workers, could help plug skills gaps while enabling countries to fix skills mismatches in their labour markets.”

“It is the free movement of people which will boost intra-African trade under the AfCFTA, and enable African countries to proactively and swiftly respond to the twin green and digital transitions we are faced with in the 2020s. We cannot afford to not build seamless borders for tomorrow’s Africa,” Coordinator for African Trade Policy Centre, United Nations Economic Commission for Africa, David Luke noted.

Two African airlines – Ethiopian Airlines and RwandAir – are piloting the International Air Transport Association (IATA) Travel Pass for travellers to store and manage certifications for COVID-19 tests or vaccines. More than 15 African countries and regions have been awarded the World Travel & Tourism Council’s SafeTravels stamp, which recognises the adoption of global health and hygiene protocols.

As economies reopen and economic activity recovers, a proper synergy between the Single African Air Transport Market, the AfCFTA, and the Free Movement of Persons Protocol presents a unique opportunity for unfettered movement and trade across the continent for development, growth and sustainability of the African economy, according to IATA’s Africa Regional Director Adefunke Adeyemi.