Nigerian asylum seeker gang-raped in Cyprus, another arrested in France 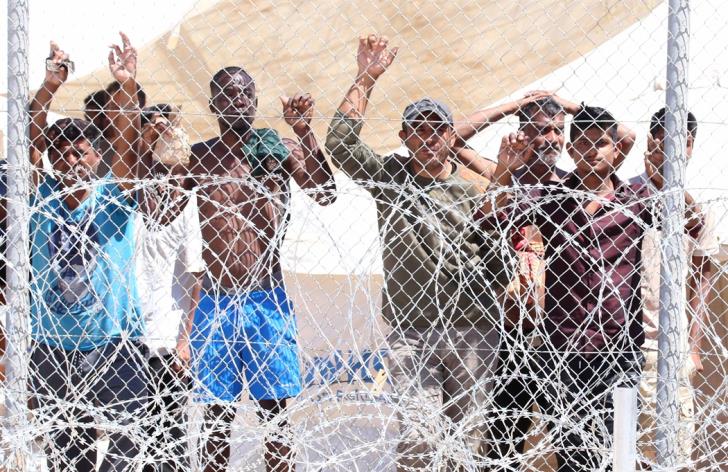 A Nigerian woman has reported she was gang-raped at Pournara reception centre for asylum seekers in Kokkinotrimithia, Cyprus.

The alleged sexual assault is being investigated by both the Kokkinotrimithia police station and Criminal Investigation Department (CID),  Nicosia.

According to the local media, a woman from Nigeria told Pournara officers that she was gang-raped by five of her countrymen at the facility, where she had been staying in a room despite having concluded her registration with camp officials.

The Nigerian woman filed a rape complaint with the police on Tuesday, alleging she was raped a week earlier but was unable to immediately file a complaint due to personal shock.

The police said no suspect had been identified, but they were awaiting results of a medical examination carried out on the accuser to determine the course of their investigation.

Additional reports said the woman had completed her asylum registration with migration authorities, but it was unclear why she kept staying at Pournara and authorities have been helping the woman find a place to stay after her rape complaint was filed with police.

In another development, a Nigerian national who had been refused asylum in France was arrested for an attack on border force agents that left two police officers injured.

The incident occurred in the French Mediterranean resort of Port-la-Nouvelle on Wednesday morning, November 17, 2022, during what was supposed to be a simple identity check at the Narbonne train station.

When the police asked him for his identification, the 24-year-old suspect refused to provide papers and began striking the officers, according to French newspaper L’Independent.

After several minutes of trying to arrest the man, two middle-aged police officers eventually pinned him down, but not without sustaining minor injuries.

Their attending physician prescribed 15 days off work, and according to local reports, the officers would have limited range of movement due to their injuries.

Chat us on WhatsApp
Advertisement
Previous article
Tinubu slams PDP for underdevelopment in Delta, says state not ATM for Atiku’s presidential ambition
Next article
Asake, the breakout pop star from Nigeria who owned 2022