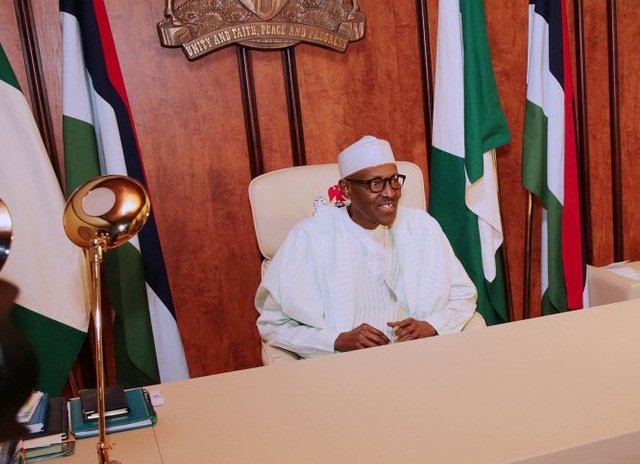 The Socio-Economic Rights and Accountability Project (SERAP) has urged President Muhammadu Buhari to “take partisan politics out of the appointments to boards of agencies and parastatals” to show that his government is truly one of change.’

The organisation said this in reaction to the list of appointments to the boards of agencies and parastatals, which includes at least eight dead persons.

A statement by Timothy Adewale, SERAP deputy director, said the appointment poses a clear and recognizable danger to the integrity of these bodies.

SERAP urged Buhari to allow the civil service systems to carry out the appointments, in strict conformity with established rules and Nigeria’s international anti-corruption obligations and commitments.

On Friday, Buhari approved the constitution of the governing boards of agencies and parastatals, appointing 209 chairmen and 1258 members to fill the board positions. However, it has been discovered that at least eight members on the list have since passed away.

Buhari appointed Rev. Christopher Utov as a Member of Nigerian Institute of Social and Economic Research; Utov, the proprietor of Fidei Polytechnic, Gboko passed away on March 17, 2017.

He also appointed Chief Donald Ugbaja as a Member of the Consumer Protection Council (CPC). Chief Ugbaja, a former DIG of the Nigerian Police, died on November 29, 2017.

Francis Okpozo, was appointed as Chairman of the Nigerian Press Council. Okpozo, a senator in the Second Republic, died on December 16, 2016.

“Appointing at least eight dead people as board members would seem to suggest that the 1,467 appointments approved by Buhari were unscreened for competence, merit, equity, aptitude and conflicts of interest.

“Taking partisan politics out of the appointments to boards of agencies and parastatals is one surest way for Buhari to show that his government is truly one of change, that would do things differently from successive governments that apparently handed out board appointments to reward party members, supporters and cronies.

“Going ahead with these appointments would neither advance due process nor Buhari’s oft-expressed commitment to prevent and combat corruption. It would create a lack of trust and confidence among the general public.

“Withdrawing the appointments and directing and allowing the civil service systems to follow due process to reappoint chairpersons and members to the boards of these agencies and parastatals would bring the government’s practices and operations into conformity with Nigeria’s international anti-corruption obligations, particularly the UN Convention against Corruption. Nigeria has ratified the convention.”

“It’s absolutely important for Buhari to ensure that the process through which board appointments are made is transparent and merit-based.

“A merit-appointment system would produce a better qualified board, and ultimately improve the governance architecture and access of Nigerians to essential public services.

“It should be the practice of this government to make board appointments on the basis of ability, and not because of political influence or connection.”

“Letting the civil service systems get on with board appointments would also assure basic bureaucratic ‘hygiene,’ and help to facilitate the establishment of strong boards that would be better placed to ‘deliver the goods’ to Nigerians in the democratic context. It would ultimately bring about higher effectiveness and improved government legitimacy.”