Police arrest officer who shot man to death in Ekiti 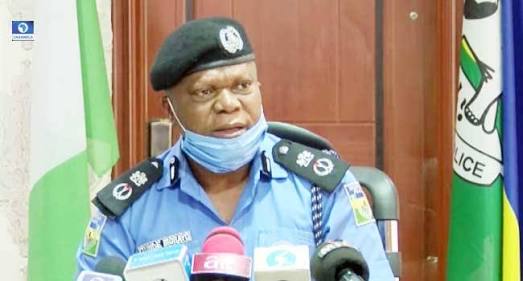 
THE Ekiti state police command has arrested the police officer who allegedly opened fire and shot a man to death in Ado-Ekiti.

The ICIR learnt the officer arrived at the hotel in the company of his other colleagues in a vehicle with  “PF 600 – WSH” as the number plate.

An eye-witness said the officer jumped from the van and shot the bullets that killed Olaoye and hit his friend, one Adebayo and who is currently at Ekiti State University Teaching Hospital

Sunday Abutu, spokesperson of Ekiti state police, who confirmed the incident said the command has commencd investigation to unravel the reason behind the shooting.

While appealing for calm with the people of the state, he promised justice will be served in the case.

“The policeman who was involved in the fatal shooting at Queens Court Hotel for the reason which is still under investigation has been arrested by Ekiti State police command, disarmed and detained for investigation and disciplinary action.”

“Ekiti State Police Commissioner implores all the good people of Ekiti State to be calm as he will ensure justice prevails, ” he said.