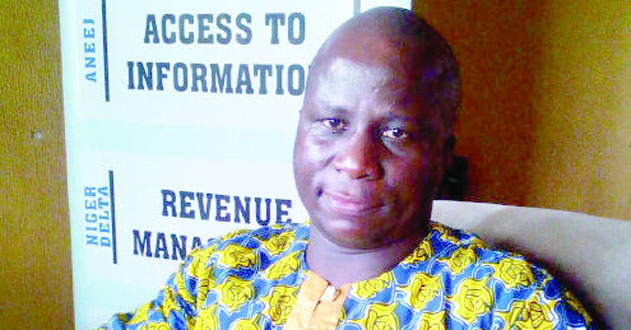 The Appeal Court sitting in Benin, Edo State on Friday struck out an appeal filed by the Nigerian Police Force against a High Court ruling that a N5 million compensation be paid to David Ugolor, a human rights activist, for unlawful detention.

Ugolor, the executive director of Africa Network for Environment and Economic Justice, ANEEJ, was arrested and detained in connection with the death of Olaitan Oyeinde, an aide of the Edo State governor, Adams Osiomole

The Edo High Court sitting in Benin presided by Justice Esther Edigin on 14th September, 2012, had delivered a judgement ordering the police to pay Ugolor the huge compensation.

The police had filed an appeal against the ruling but at the Court of Appeal, Justice Jimmy Olukayode Bada led panel in its ruling dismissed the notice of appeal filed by the police.

The Police had asked the appeal court to stop the payment of the N5 million that was awarded to Ugolor, pending the determination of its substantive appeal at the Supreme Court.

While dismissing the appeal, Justice Bada ruled that the notice of appeal was incompetent after he rejected the prayer of the police to stay action because it had filed two notices of appeal at the Supreme Court on the judgment.

Earlier, counsel of the police had pleaded that the court should exercise patient until the substantive appeal against the judgment was determined, but Counsel to Ugolor, Olayiwola Afolabi, opposed the move, telling the court that the police was merely wasting the time.

It will be recalled that when the case was called on Thursday afternoon, the Nigerian Police, the Inspector-General of Police, IGP, and the Attorney-General of the Federation were all not present in the court.

Back in May 2013, the IGP and the AGF, both had lost their appeal against the judgment, which was struck out by Justice Helen Morounkeji Ogunwumiju of the Court of Appeal.

Ogunwumiju had ordered that the IGP and AGF pay the sum of N5 million to the Deputy Chief Registrar within 60 days of the court and for him to remit same into an interest yielding account pending the court’s on the matter.

It is also recalled that on 13 October, 2015, Justice E. O. Ahamioje, awarded Ugolor N1.02 million compensation for unlawful seizure of his personal properties as a result of poor police investigation of the death of Olaitan Oyerinde, the then Principal Private Secretary to Edo State governor, Adams Oshiomhole.

Upon the Friday’s appeal court ruling, the sum of N6.02 million would be paid to  Ugolor as compensation for the poor investigation carried out by a police special team constituted by the Force Headquarters in Abuja.