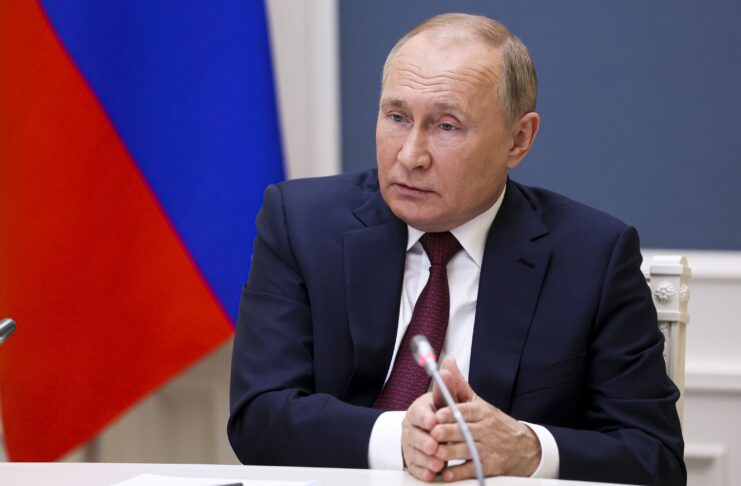 RUSSIAN President Vladimir Putin has said demilitarisation of Ukraine and Western recognition of Russia’s sovereignty over the Crimea are prerequisites for ending the offensive against Ukraine.

Putin spoke just as delegates from both countries held peace talks which lasted about five hours at the Belarus border on Monday.

“Putin stressed that a settlement is possible only if Russia’s legitimate security interests are unconditionally taken into account, including the recognition of Russian sovereignty over Crimea, the demilitarisation and denazification of the Ukrainian state and ensuring its neutral status,” the Kremlin said.

Russia-Ukraine crisis: Guterres warns against use of nuclear weapons

WAR: Contrasting fortunes of Russian and Ukrainian embassies in Abuja

Adviser to the head of Ukrainian President’s Office Mikhail Podolyak, confirmed that a second round of talks was discussed.

“The two sides identified a number of priority topics on which certain decisions have been outlined. In order for them to have an opportunity to be implemented…the parties are leaving for consultations in their respective capitals. The possibility of a second round of negotiations in the near future during which these topics will receive concrete, practical development was discussed,” Podolyak said.

More than 500,000 refugees have fled Ukraine amid the conflict which broke out last Thursday, according to the UN Refugee Agency, and at least 160,000 have become internally displaced since the Russian offensive in Ukraine.

“These attacks on civilian targets raise serious concerns under the Geneva Convention, and we have shared information with the Ukrainian government about each of them. We have also advised the Ukrainian government about recent cyber efforts to steal a wide range of data, including health, insurance, and transportation-related personally identifiable information (PII), as well as other government data sets,” Smith said.

The prosecutor of the international criminal court (ICC) in The Hague Karim Khan, announced Monday that possible war crimes or crimes against humanity in Ukraine will be investigated.

Chat us on WhatsApp
Advertisement
Previous article
Russia-Ukraine crisis: Guterres warns against use of nuclear weapons
Next article
Amidst biting fuel scarcity, Buhari departs for two-week medical trip to London