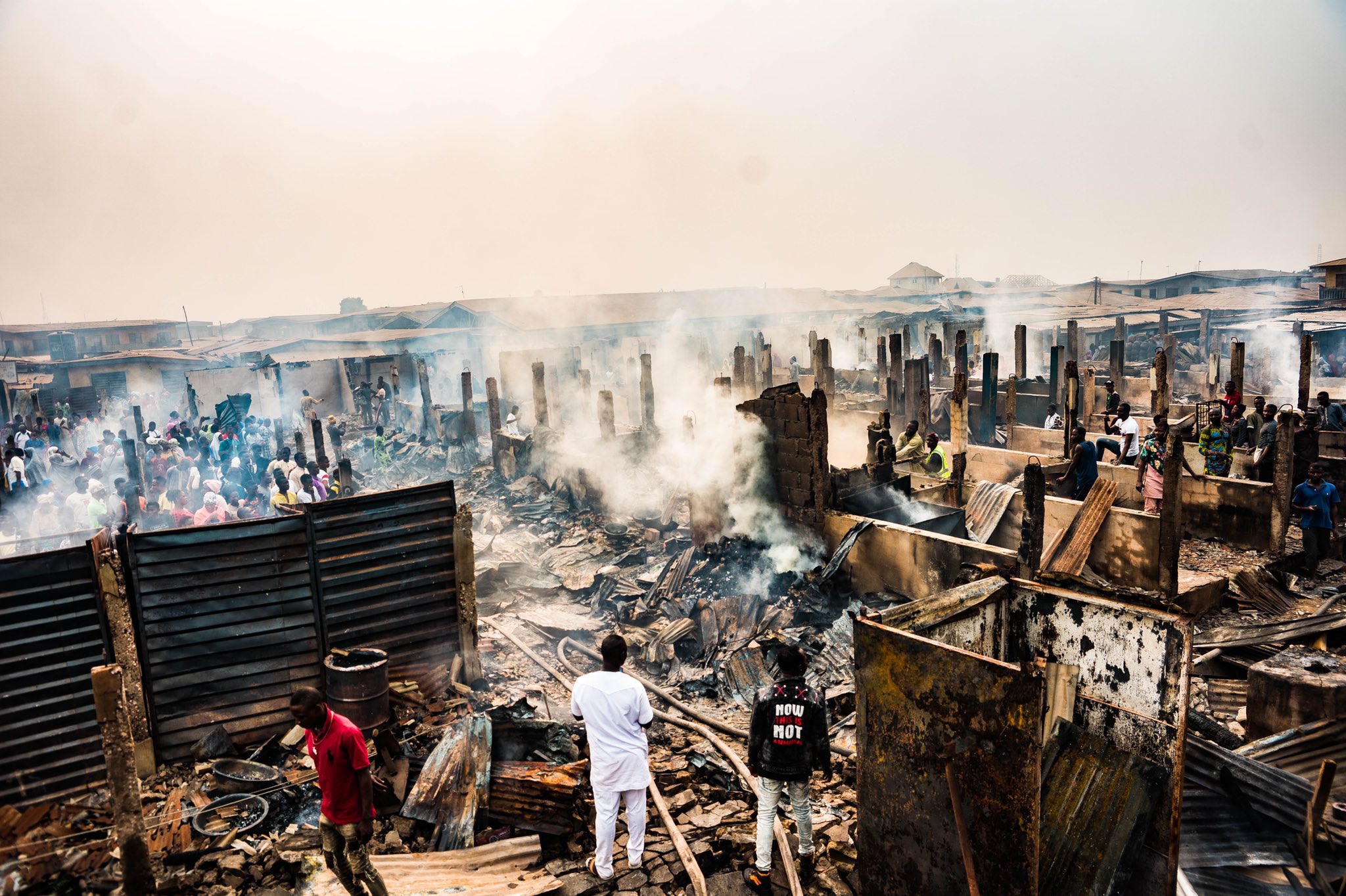 GOVERNOR of Ogun State Dapo Abiodun, on Tuesday, assured traders of Sabo market in Sagamu, whose stalls were razed in an early morning fire outbreak, of government’s commitment to rebuilding the market as soon as possible.

The governor during a visit to the market stated that the incident was tragic and urged the traders to be calm and patient while promising the government quick intervention.

He urged the traders to learn a lesson from the incident to avoid future reoccurrences.

While conducting an on the spot assessment of the damages, Abiodun stated that the government would collaborate with the fire department to ensure effective service and adequate measures to prevent reoccurrences.

He noted that his administration would embark on a relief exercise for the affected traders, adding that the government would also look at the design of the market to look at how accessible the market is to fire engines in case of such disasters.

The governor while recognizing the Akarigbo of Remo land, Oba Babatunde Ajayi and his colleague from Epe, for sharing in the grief of the people, appreciated the fire servicemen for promptly attending to the disaster.

The Akarigbo, of Remo land, Oba Babatunde Ajayi urged the affected traders to be patient with the state government in its quest to rebuild the market and also offer relief materials to them.