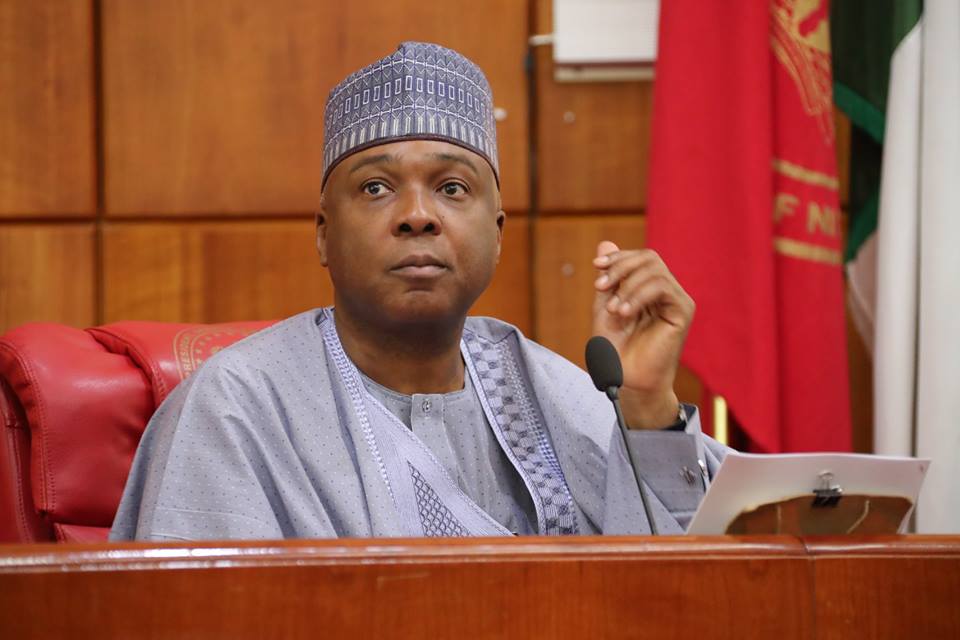 The Socio-Economic Rights and Accountability Project (SERAP) has sued Bukola Saraki, President of the Senate and the 108 other senators, over their alleged monthly earnings of N13.5m as running cost.

The human right organisation is seeking an order compelling the senators to refund with interest all the funds they had so far collected as running cost.

The suit, marked FHC/L/CS/630/18, is filed before the Federal High Court, Lagos.

It wants the court to scrap the N13.5m running cost and bar the lawmakers from further collecting “such illegal, unconstitutional and unjustified monthly allowances.”

The group, is also praying the court to order the relevant agency to conduct an investigation into how each of the senators had spent the monthly N13.5m running cost they had so far received.

According to the suit, SERAP contended that “the defence put forward by the senators that the said sum is contained in the Appropriations Act with different headings like medicals, travelling, etc holds no water.”

“This is because the Schedule of the Remuneration Act clearly makes provision for medicals, travelling etc. The argument that the running cost is for such medicals etc has no legal fount,” it said.

“There is no doubt that the Senate herein represented by the Senate President acted ultra vires in its powers by allotting to themselves the said sum of N13.5m monthly as running cost.

“It is trite law that when the word ‘shall’ is employed in a statute, the primary meaning that the court will assign to it is that such provision is mandatory and leaves no room for discretionary or arbitrary exercise of power except a congruence reading if the statute intends otherwise.

“The sum of N13.5m shared by the Senate President and other senators monthly is neither part of their salaries and allowances as approved for them by the Revenue Mobilisation Allocation and Fiscal Commission nor contained in the Appropriations Act. This is further strengthened by the declaration of the RMAFC that the said sum is not known to the RMAFC and therefore illegal,” counsel for SERAP, Ms Bamisope Adeyanju, argued in the suit. “