The future of trade is services, green, digital -Okonjo-Iweala 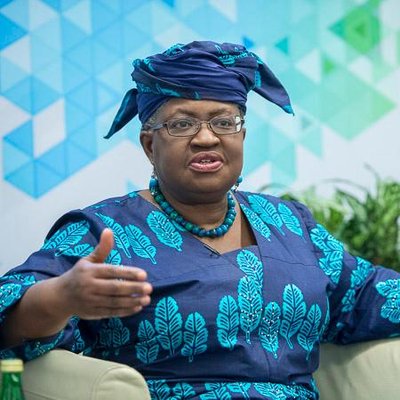 THE Director-General of the World Trade Organisation (WTO) Ngozi Okonjo-Iweala has stated that the future of trade is down to three factors: services, green and digital.

Okonjo-Iweala, who spoke on Wednesday at the International Monetary Fund (IMF)
African Department’s 60th anniversary, stated that Africa needed to ramp up its gains from the services sector.

She revealed that though $1.3 trillion was lost to tourism during the pandemic, the services sector still had a lot to offer. The former Nigeria finance minister also stressed the importance of gas to help countries using fossil fuels transition to green energy.

She said, “I know services have been hard hit. We have lost $1.3tr from tourism alone worldwide in the pandemic. I believe the future of trade is services, green and digital. We need to be able to convince the world that for us to transition well, we need to rely on gas.”

The WTO DG expressed worries that Africa failed to diversify its resources as a collective while choosing to remain as a commodity-driven economy without including manufacturing in its development drive, especially as it looked to start producing vaccines.

Okonjo-Iweala, who spoke highly of the gains of information technology, listed countries like Kenya, Nigeria and Ethiopia as doing well in that sector.

“We need to focus on how to encourage technology and development digitization on the continent. It is the wave of the future even for trade. If we don’t support our young people and develop this sector, I think we will be left behind,” she explained.

Okonjo-Iweala concluded her remarks by stating that several opportunities abounded in agriculture, commodities, entertainment, IT and the African Continental Free Trade Area (AfCFTA), urging the continent to take control of the prospects.

THE President of the World Bank Group, David Malpass, has warned of global recession...
Advertisement