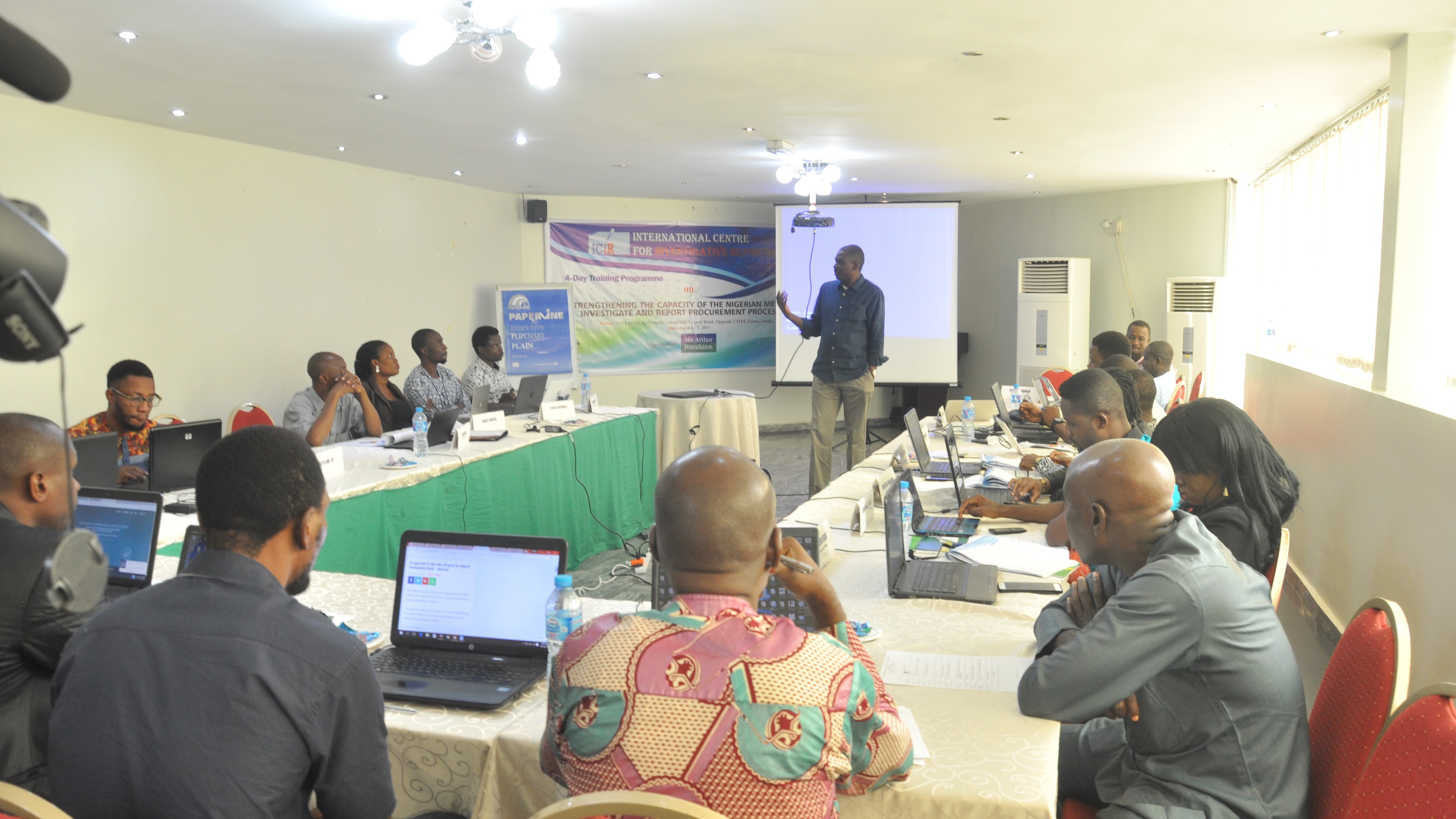 The International Centre for Investigative Reporting (ICIR) has announced the names of 15 Nigerian journalists to participate in the second phase of its investigative journalism training programme tagged Open Contract Reporting Project (OCRP).

According to Dayo Aiyetan, Executive Director of ICIR, the 15 journalists were selected out of nearly 80 entries following a call for application rolled out on May 17, 2017.

The application required candidates to upload links of investigative stories they had previously done in addition to stating why they needed the training.

“The OCRP, an initiative of the ICIR in collaboration with the Public and Private development Centre (PPDC), and funded by the MacArthur Foundation, is aimed at building the capacity of the Nigerian media to adequately report and investigate budget and procurement issues in order to bring about transparency in contracting processes,” Aiyetan said.

The selected journalists will partake in a four-day capacity building workshop to be held in Abuja, and they would subsequently undertake a three-day hands-on internship with the PPDC.

The third stage of the programme will see the ICIR and appointed mentors work with the journalists to produce investigative content, which would be published by their news platforms.

The training is scheduled to hold from July 4-7, 2017 in Abuja, the Federal Capital City.