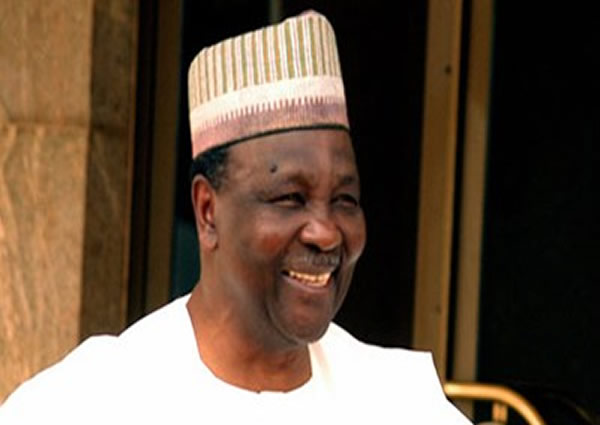 Former Nigerian head of state, Yakubu Gowon, has expressed confidence that Nigeria would overcome the security challenges confronting some parts of the country.

Gowon said this at the beginning of a stakeholders’ dialogue forum on peace and development held in Gombe State.

He, however, called on all security agencies to be more affirmative in discharging their duties, insisting that “it is only in doing this that the nation can overcome the present security challenge”.

The former military leader described the present crisis as unusual times in the history of the nation, but urged Nigerians not to panic as all countries must pass through hard times as they match towards greatness.

The elder statesman who condemned the recent attempt on the life of former Head of state, Muhammadu Buhari, said the blame games which followed the incident was unnecessary, stressing that all Nigerians have a collective responsibility of curbing insurgency.

“Over a year ago, the Nigerian government launched a determined counter-insurgency measure to restore law and order as well as hope to our nation. We must understand the need to fight the common enemy through mutual understanding, the re-invigoration of trust and the building of confidence amongst all stakeholders, towards the sustenance of the united Nigeria project. I am confident that this tight phase shall soon pass,” he said.

ln his comments at the forum, governor Ibrahim Dankwambo of Gombe State frowned at the attention given to terrorists by the media.

“Newspapers carry stories of terrorist attacks almost daily on their front pages thus raising the profile of insecurity. Even when the situation is improving, such reports give a lot of fame and hope to the insurgents because their actions are highlighted,” Dankwambo lamented.

He maintained that dialogue was the best way to tackle insurgency in the country and advised all aggrieved persons to lay down their arms and make their demands known.

The governor also noted that the economy must be diversified, security apparatus strengthened and the country’s borders made more secure, to curb insurgency.

Tye minister for Interior, Abba Moro, said the activities of the Boko Haram terrorists group showed disregard for the sovereignty of Nigeria as a nation.

Giving support to Dankwambo’s statement, Moro said blame games by political leaders must stop if the war against insurgency is to be won.

“The blame game between the federal government and the leaders of the zone must be curtailed, if the war against terror must be won. It is imperative that we must forge some sort of common understanding and build confidence among the key stakeholders in the North-East and indeed Nigeria. It is therefore necessary that political leaders must continue to explore the option of dialogue,” he advised.

A communiqué is expected to be submitted at the end of the two-day dialogue.