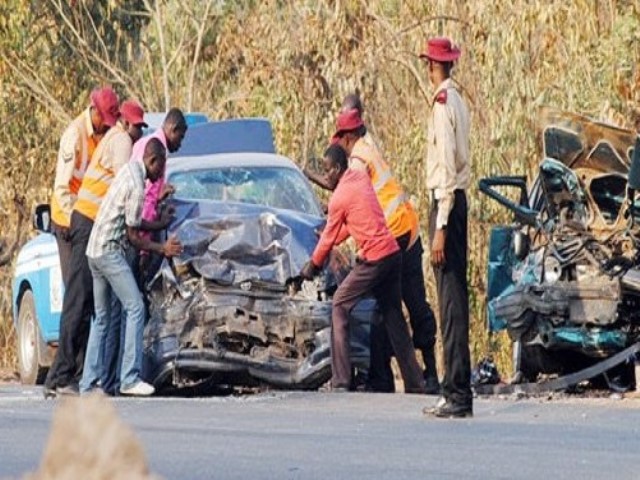 The Federal Road Safety Corps, FRSC, has revealed that zone 4, made up of Benue, Nasarawa and Plateau States has the highest rate of road accidents in the country.

The Corp Marshal and Chief Executive of FRSC, Boboye Oyeyemi, stated this during a speech to flag off the sensitisation rally on the speed limiting devices and the 2016 ember months campaign in Jos.

He said the zone last year recorded 905 accidents, in which 279 people died.

He however, said in 2015, road accidents in the zone decreased to 784, but it still recorded 331 deaths- the highest number of fatalities.

He said these accidents were largely caused by human error such as over speeding and urged motorists to exercise caution while driving in these ember months.

Oyeyemi said, “Over time, the corps, through research and statistics has established that speed and speed related offences have been responsible for high percentage of crashes (over 60 per cent) and this prompted the introduction of the speed limiting devices.”