Featured News
By Damilola OJETUNDE On May 2, 2018 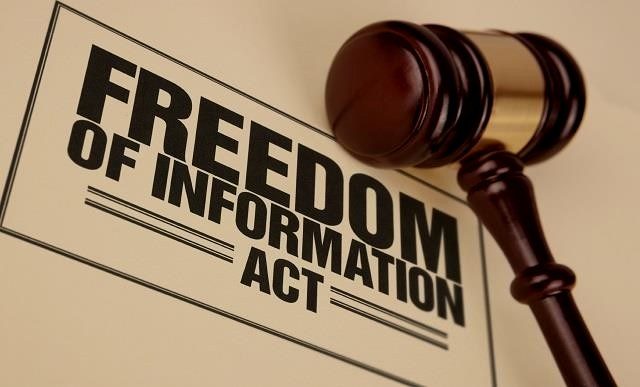 Ministries, departments and agencies (MDAs) of government have continued to ignore requests for public information despite the budgetary allocation of over N514 million for the implementation of freedom of information act (FOIA).

The freedom of information bill was passed into law by former President Jonathan on May 28, 2011 But the law is yet to guarantee access to public information.

When the FOI Bill was enacted, Nigerians hoped that the law would bring an end to secrecy in government business and usher in an era of probity, transparency, and accountability. However, response to requests by non-governmental organisations, civil societies, media and the general public has removed such hopes.

In 2015 and 2016, ministry of defence budgeted N17.9 million and N31.8 million respectively for providing the public information  that relates to security matters by implementing the freedom of information act.

The Public and Private Development Centre (PPDC), commenced an annual FOI compliance and transparency rankings in 2014. The compliance benchmark used to rank public institutions emanates from the FOIA 2011 and includes levels of proactive disclosure, timelines for disclosing information on request, levels of disclosure on request and the cost of disclosure.

Ministries, departments and agencies of government have continued to remain adamant to request of public information at their disposal even after four years into the annual FOI compliance ranking of public institutions.

In 2014, the FOI compliance ranking revealed that the Infrastructure Concession Regulatory Commission (ICRC) and Office of the Accountant General of the Federation (OAGF) ranked first out of 67 public institutions that were assessed, with over 40 institutions breaching the FOI law. Specifically, the Ministry of Information — the custodian of information in the country, Nigerian National Petroleum Commission (NNPC), Police Service Commission, Federal Ministry of Petroleum Resources all ranked last among other public institutions as they could not do proactive disclosure, respond to request for information or give full disclosure of public information at their disposal.

It was the same story in 2015 FOI complaince ranking, over 70 public institutions breached the law by not granting request of public information that were sent to them. 116 institutions were ranked, Nigeria Export Promotion (NEPC), Veterinary Council of Nigeria, Consumer Protection Council of Nigeria, Federal Character Commission and National Insurance Commission (NAICOM) all ranked first.

The 2016 FOI compliance ranking was not different from the previous one. Out of 131 institutions that were ranked, over 100 of them also breached the law. The Bureau for Public Sector Reform (BPSR) came first in the ranking.

In 2017 the Bureau for Public Sector Reform (BPSR) topped a list of 166 public institutions’ compliance with Freedom of Information provisions that require them to proactively and fully disclose public information. The rest 165 flouted at least one requirement.

It was the second year in a row BPSR topped the ranking by the PPDC — this time getting all greens for proactive disclosure, responding to an FOI request within seven day, and fully disclosing information as requested.

From the rankings, it can be established that ministries that have budgetary allocation for the implementation of FOIA don’t have good rankings on the compliance ranking of public institutions.

The question is : If public institutions with budgetary provisions for the implementation of FOIA fail to respond to FOI requests, what was the allocation for? And what was it used for?