Don’t send me back to school, they will kill me, Elkanemi College student writes parents

JUBRIL Sadi Mato (Ramadan), an 11-year-old JSS 1 Student of Elkanemi College of Islamic Theology Maiduguri, has appealed to his parent not to return him back to the school because of the fear that he may be killed by the senior student who severely stabbed him on his neck, leaving him battling for his life.

Jubril was severely stabbed with a razor blade by one Ahmed Umar Goni of SS2 on his neck, after refusing to go for an errand for the Senior colleague on 16, January 2022.

He was rushed to the University of Maiduguri Teaching Hospital (UMTH) as he laid critical at the Intensive Care Unit(ICU), where he was battling for his life after his arteries nerves and trachea were severely damaged. 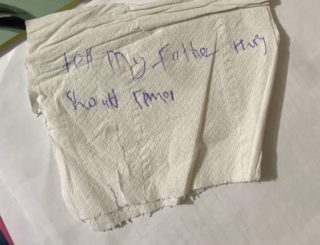 “Mummy, mummy, I’m scared. Don’t take me back to that school he will kill me” Such are the words written by Jubril when regained back his consciousness, said a family member who chose to be anonymous.

“No child should ever scream out these words. No parent should ever have to hear them… Unfortunately, this is a reality for Jubril who was a direct victim of violence at school, which is still supposed to be a fundamental pillar of every society and a safe haven for learning.

Children chained, abused as hundreds are rescued from “torture centre” in Katsina

Report reveals women are abused during childbirth in Nigeria, Ghana, others

“We are happy that the Network for Civil Society Organisation Borno Chapters, Nigeria Bar Association(NBA), The National Human Rights Commission(NHRC) And The Federation of International Female Lawyers(FIDA) has vowed to investigate the case to ensure that the perpetrator was brought to book.

“What is also unfortunate to note is that the University of Maiduguri Teaching Hospitals (UMTH), also joined the Elkenemy College of Islamic Theology in documenting false propaganda over the incident. In Jubril’s file, they wrote that the child fell and got injured instead of saying he was attacked by another person. 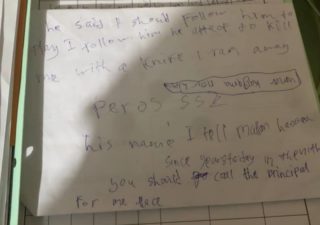 “For us as a family, we want Justice for the poor child as we are also planning to take him to Egypt for proper medical attention,”he said.

It is now six days after the incident, but the school management had yet to respond to Journalist enquiries or make any official statement over the incident.

Meanwhile, the Borno government on Friday said it has set up a board of enquiry to investigate the case
Lawan Abba Wakilbe, The Borno Commissioner for Education described the incident as “Unfortunate”.

He said the news reached him while he was in Southern Borno trying to conduct a competency test for all LEA teachers in the Southern Borno Senatorial District.

“With the full complement of the Ministry of Education, and SUBEB, I have dispatched my ministerial Secretary to go back urgently and a committee of enquiry will be formed right away and we shall brief the Press accordingly.

“But one thing I will tell you is that the culprit is under police custody and his identity is known not that is unknown and further details will be given to you people as soon as the committee of enquiry finishes its investigation.”

Chat us on WhatsApp
Advertisement
Previous articleHow 11-year-old student of Elkanemi Islamic school had his life almost snuffed out by senior colleague in Maiduguri
Next articleSND opens application for News Design Creative Competition.