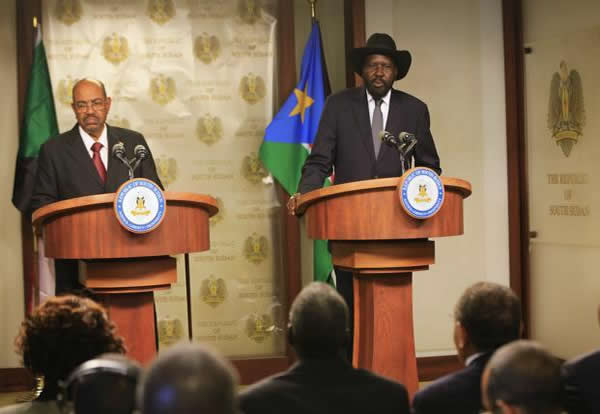 South Sudan’s government and rebels have signed a ceasefire to end more than five weeks of fighting that has divided Africa’s newest nation and brought it to the brink of civil war.

Under the signed deal which took place in a hotel in the Ethiopian capital, Addis Ababa, the fighting is due to come to an end within 24 hours.

Both sides had come close to a deal last week, but disagreements had pushed back any signing. Rebels had demanded the release of 11 of Machar’s allies, detained by the government and accused of attempting a coup.

The chief mediator of the Intergovernmental Authority on Develpoment, IGAD, Seyoum Mesfin, told reporters that the deal provided for the 11 to eventually participate in the peace process but that they must first face due process of law.

“These two agreements are the ingredients to create an environment for achieving a total peace in my country,” head of the rebel delegation, Taban Deng said.

Another key rebel demand was for Ugandan troops fighting alongside the government forces to be withdrawn.

The question of Uganda’s role was not raised during the signing ceremony but members of the rebel delegation said that they would bring up the issue again during the second round of talks.

The talks have now been adjourned and are due to continue on February 7.

In the past week, government forces have recaptured the two main cities under rebel control.

More than 500,000 people have been forced from their homes during the month-long conflict, with more than 70,000 civilians currently seeking shelter at UN bases across South Sudan and the UN estimates that considerably more than 1,000 have been killed.

South Sudan won its independence from Sudan in 2011 after decades of conflict between the north and south.