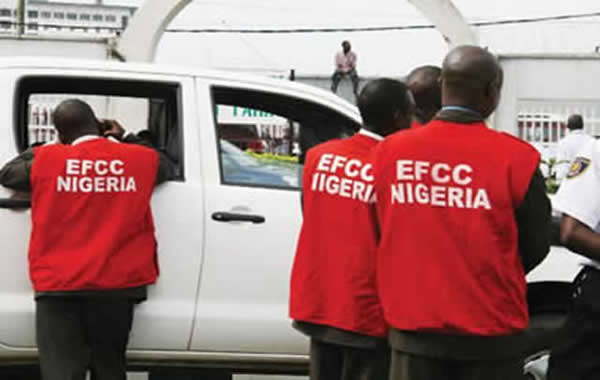 The Coalition Against Corrupt Leaders, CACOL, has hailed the effort of the Economic and Financial Crimes Commission, EFCC, at investigating corrupt politicians following the arrest and quizzing of the former governor of Akwa Ibom State, Godswill Akpabio, now a senator.

Akpabio was quizzed in respect of a petition written against him by an Abuja-Lawyer, Leo Ekpenyong, and some indigenes of Akwa Ibom State.

The petitions, which border on the misappropriation of state resources while he held sway as governor of the state, allege that the senate’s Minority Leader misappropriated over N108 billion of Akwa Ibom funds, plunging the state into huge indebtedness.

In a statement on Saturday, CACOL’s executive chairman, Debo Adeniran, termed Akpabio’s arrest as a huge progress in the war against corruption in Nigeria and praised the EFCC for its effort so far on the case.

He said, “Akpabio’s arrest is a further reassurance that the President Mohammadu Buhari means business at ensuring that no corruption criminal, no matter how highly-placed or influential, goes unpunished.”

“Many of the past public office holders who thought they have successfully bamboozled the people they pretended they served by presenting fake, over bloated and over-priced projects should begin to count their days as free men and women,” the group stated.

Adeniran said his organisation will continue to be a partner in progress with the administration if it remains an open, transparent, accountable and participatory government that takes probity seriously.

“We’re aware that many of the recently announced ministerial nominees have a lot of corruption questions to answer; as a matter of fact, the defence some of them put up during their screening turned out to be self-indictment of corruption allegations against them,” Adeniran said.

He said that such people “should not be allowed to occupy any public office till they satisfactorily answer the charges against them” because they can “constitute a dent on its anti-corruption image.