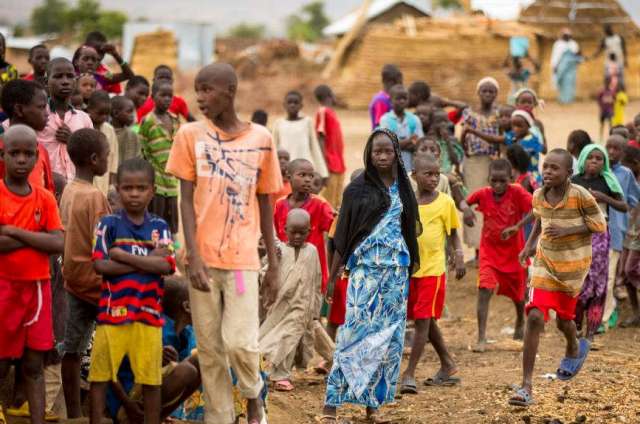 In a report released on Wednesday, HRW said about 100,000 refugees have so far been illegally deported from Cameroun from 2015 to date, in violation of local and international laws.

The deportations defy the UN refugee agency’s plea in 2016 that no refugee should be forced to return to northeast Nigeria “until the security and human rights situation has improved considerably.”

“Since early 2015, the Cameroonian authorities have summarily deported at least 100,000 Nigerians living in remote border areas back to war, displacement, and destitution in Nigeria’s Borno State,” the report read.

“In carrying out these deportations, Cameroonian soldiers have frequently used extreme physical violence.

“Some, including children, weakened after living for months or years without adequate food and medical care in border areas, have died during or just after the deportations, and children have been separated from their parents.”

According to Gerry Simpson, the associate refugee director of HRW, said the torture and abuse suffered by Nigerian refugees at the hands of Cameroonian soldiers “seems to be driven by an arbitrary decision to punish them for Boko Haram attacks in Cameroon and to discourage Nigerians from seeking asylum.”

“Cameroon should heed the UN’s call on all countries to protect refugees fleeing the carnage in northeast Nigeria, not return them there,” he added.

Many of the refugees interviewed by HRW said they were accused of belonging to Boko Haram. One of them who hails from Mora described how Cameroonian soldiers rounded up 40 of them without warning and forced them onto a bus.

“They beat some of the men so badly, they were heavily bleeding. When we got to the Nigerian border they shouted ‘Go and die in Nigeria,’” the source said.

Refugees who were lucky to make it to Cameroon’s only designated camp for Nigerian refugees, in Minawao, did not fare any better.

“While they have some protection as refugees, the approximately 70,000 people there have had limited access to food and water and abusive restrictions on their movement,” the HRW report read.

“In April and May, 13,000 returned from Minawao to a displacement camp in Banki, just across the border in Nigeria. Some were killed in early September when Boko Haram attacked the camp.

“That made Nigeria complicit in the unlawful forced return of its own citizens.”

The Cameroonian authorities deny any forced return or abuse of Nigerian asylum seekers and have not replied to a Human Rights Watch request for a response to the report’s findings.

“But returning tens of thousands of Nigerians to harm and destitution will only further shred its well-deserved reputation as a generous refugee-hosting country,” the HRW said.