MEMBER of the National Youth Service Corps (NYSC), Favour Chukwuedo, 25, commemorated the completion of his Community Development Service with the digitisation and renovation of the Ekiti State public library.

Chukwuedo from Delta State said the decision to take on the task of transforming the electronic section of the library at the Old Governor’s Office, Ado-Ekiti, was influenced by a desire to promote digital literacy in his host community.

“I wanted to address the need of my host community,” he told The ICIR.

In March 2019, he started a digital literacy and STEM education engagement that targeted 2000 students in underrepresented communities with low income public and private schools in Ekiti with a preference for the girl child.

It was during this engagement he administered training survey forms to the students and active users of the library, from which he discovered that they long for a conducive learning environment.

The process of renovating and digitising the library took 34 days, lasting from August 23 till September 26 when it was finally commissioned. Chukwuedo noted that this wouldn’t have been possible without the help of Director of the Library board Mrs. Adeyeye, the Deputy Director, the Secretary and community members.

The project didn’t come without its challenges.

“The challenge I faced, among others, was shuttling between my place of primary assignment (Ministry of Information) and the library, trekking distance sometimes when he could not afford to pay transport fare

Chukwuedo didn’t have to spend out of his own pocket to execute the project. All the materials were provided by community members while staff members of the library provided the laptops with which the e-library was equipped.

Also, the artisans he engaged didn’t collect any fee for workmanship. Money was, therefore, not a challenge. He, however, noted that he was able to get the community members on board because of his track record of getting things done.

“I believe that the STEM engagements paved the way for me. People saw the consistency in my previous projects even without asking them for support. So they were eager to get involved in my library renovation and digitisation project because they were sure of results from me,” he explained.

Speaking on how he felt after the completion of the project, he said, “The same feeling a doctor gets when an operation is successful was what I felt during the commissioning and reopening of the library.”

An advocate of STEM  education

Chukwuedo is a STEM educator, software engineer, and advocate for Sustainable Development Goal 4 on Quality Education.  In 2012, he graduated from Ekiti State University’s Computer Engineering department. He also obtained a Mathematics degree from Evangel University, Ebonyi State, finishing top of his class. 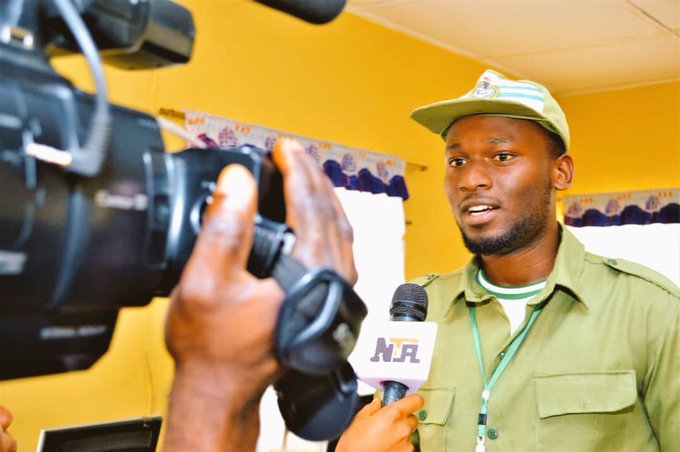 He established Tech Quest Club Ekiti to champion the quality education advocacy engagements through STEM Education. The team comprises corps members and youth of the community.

STEM is a combination of four subjects: science, technology, engineering and mathematics. It is a curriculum-based approach to learning that aims to teach these specific subjects together rather than as separate subjects. It is particularly aimed at young children and it shows how practical knowledge of science or scientific methods can be applied to real-life situations.

Speaking on his current plan, he said, “I’m drafting a strategic work plan to run a free STEM Hub for kids in low-income communities within the state. The goal of the project is to complement traditional academic learning with an in-depth introduction to STEM education in a fun and collaborative learning environment; through the empowerment of individuals (teachers and volunteers), schools and organisations with content, resources, and tools needed for STEM education.”

Upon completion of the project of renovation and digitisation of the library, he was offered a letter of commendation by the state’s library board which he said “means a lot” to him.

Education in Nigeria, the poverty of pedagogy and its…

My kidnappers spoke good English, claimed they were jobless…