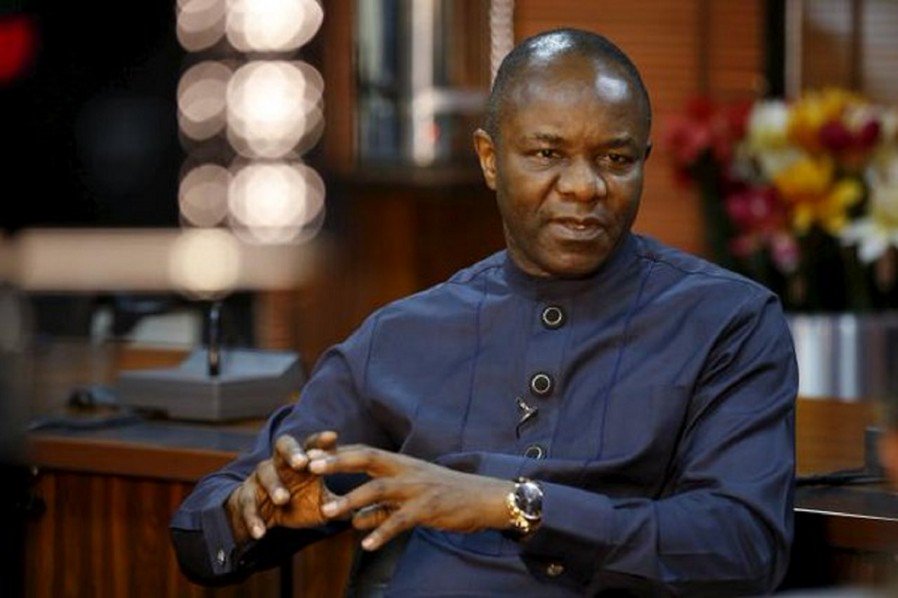 Ibe Kachiukwu,  Minister of State for Petroleum Resources, has asked President Muhammadu Buhari to save the Nigerian National Petroleum Corporation (NNPC) and the oil industry from collapse arising from lack of transparency instituted by Maikanti Baru, Group Managing Director (GMD) of the corporation.

Kachikwu made the call to the President in a memo to Buhari on Baru’s “penchant for sidestepping due process in running the NNPC”.

According to SaharaReporters the memo was dated August 30 and titled ‘Matters of Insubordination and Lack of Adherence to Due Process Perpetuated by GMD NNPC-Dr. Baru’.

The memo (HMS/MPR/001/Vol.1/100) opened with a complaint by Kachikwu about postings within the corporation done without his knowledge.

“Mr. President, yesterday, like many other Nigerians, I resumed work confronted by many changes within NNPC,” Kachikwu wrote.

“Like many reorganization and reposting are done since Dr. Baru resumed as GMD, I was never given the opportunity before the announcements to discuss these appointments. This is so despite being Minister of State Petroleum and Chairman, NNPC Board.”

He also complained that the NNPC Board, which has met monthly since inauguration by the President, was never briefed of the postings and appointments. The Board, he added, has statutory duty to review the appointments. Its members, said Dr. Kachiukwu, got to know of the appointments via the social media and NNPC press release. 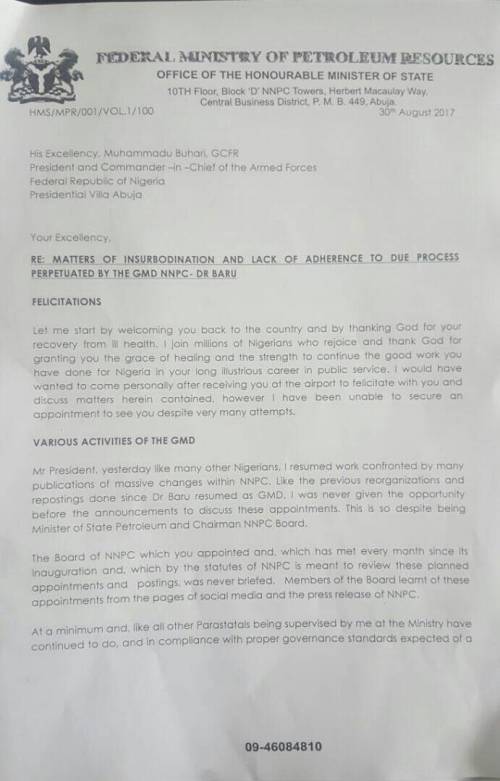 “At a minimum and like other parastatals supervised by me at the Ministry have continued to do and in compliance with proper governance standards expected of a multinational oil sector organization [sic].” He said. 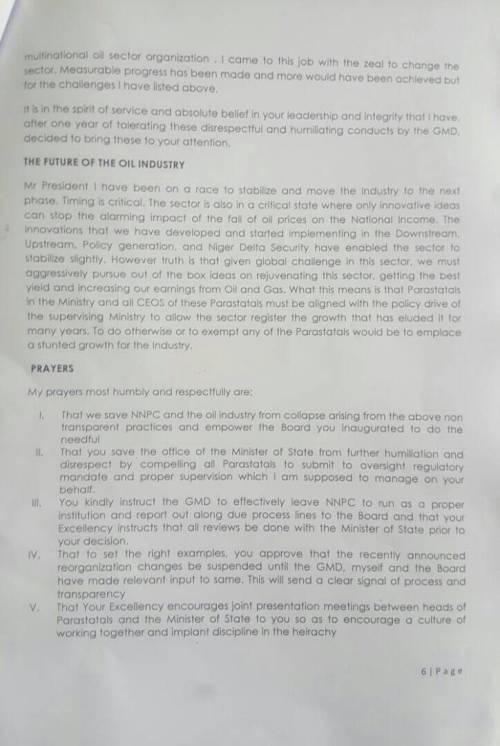 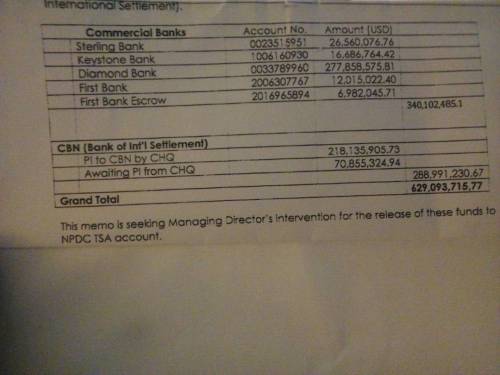 He said that acts of misbehaviour by Baru were already hindering all the envisaged positive changes for the oil and gas sector.

“I have been on a race to stabilize and move the industry to the next phase. Timing is critical. The sector is also in a critical state where only innovative ideas can stop the alarming impact of the fall of oil prices on national income,” he added.

“The innovations that we have developed and started implementing in the downstream, upstream, policy generation and Niger Delta security have enabled the sector to aggressively pursue out-of-the-box ideas of rejuvenating this sector, getting the best yield and increasing our earnings from oil and gas.

“What this means is that parastatals in the Ministry and all CEOs of these parastatals must be aligned with the policy drive of the supervising ministry to allow the sector register the growth that has eluded it for years. To do otherwise or to exempt any of the parastatals would be to emplace a stunted growth in the industry.”

He also begged the President to “save the office of the Minister of State from further humiliation and disrespect” by compelling all subordinate parastatals to submit to oversight mandate and proper supervision, which he was appointed to manage on the President’s behalf.

He equally urged Buhari to instruct Baru to allow NNPC run properly and report along due process lines to the Board.

Kachiukwu called on the President to set the right examples by suspending the recently-made appointments in the NNPC, and encourage joint presentation meetings between heads of parastatals and the Minister of State to him [President] as a way of encouraging better work ethic and ensuring discipline.

NNPC in precarious situation as investments could turn into…