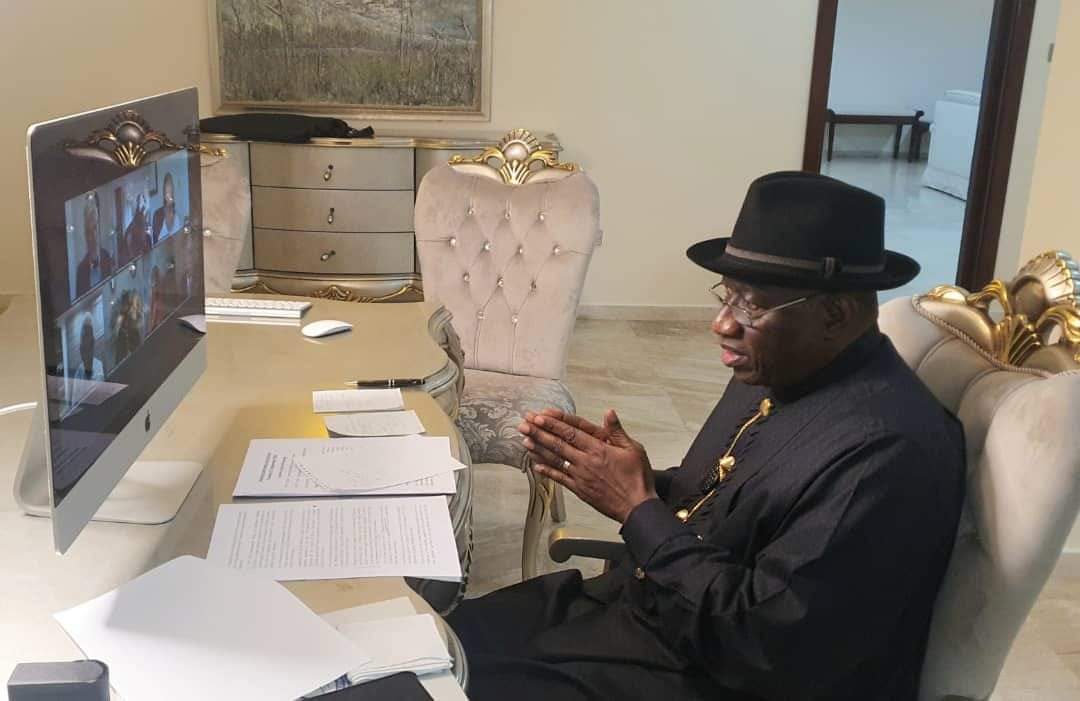 GOODLUCK  Jonathan, Nigerian former President, has proposed a grading system for elections within Commonwealth member-nations as a means of improving the quality of elections, promoting democracy and strengthening institutions.

Speaking at a special virtual high-level panel which focused on 40 years of Commonwealth’s election observation experience, Jonathan called on the 53-member nation body to develop what he called a ‘democracy marker’ which is a benchmarking system of election reporting to serve as a scoring formula for measuring compliance to identified democracy standards within the Commonwealth.

“I associate myself with the efforts to improve Commonwealth election observer experience in line with the Revised Commonwealth Guidelines for the Conduct of Election Observation in Member Countries.

“As in any human experience, we can always seek to further strengthen the efficiency and effectiveness of our involvement and enhance the impact it will have in ensuring the sustainability of democracy among Commonwealth member nations.

“Along this line, I suggest that the Commonwealth develops a benchmarking system of election reporting that weighs member-nations’ performance against defined assessment standards. This can be done without compromising the Commonwealth’s policy of neutrality and non-interference on internal affairs of member-nations.

He further advised the Commonwealth to develop “a kind of ‘Democracy Marker’ with a grading framework or template for the assessment of a country’s performance after every election season.

“Once you do that you will find that those in charge of affairs in every country in the Commonwealth will then begin to make conscious efforts to improve on their performance. That way, Commonwealth recommendations after observing elections, will become more meaningful.”

He affirmed that the rating would serve as a scoring standard for measuring compliance to identified criteria, preferably on a scale of 1-4 or category A, B, C or D, depending on the agreed template.

“There will be no risk of direct interference because those who win under any of the identified categories will of course continue to run their countries according to their own national rules and laws. But they should know, depending on the rating of their elections, whether the process that brought them to power was below or within Commonwealth standards.

“That way, leaders will know that the world is watching and assessing their performance. From their rating, they will be able to know whether their election satisfies the expectations of the international community or the Commonwealth to which they freely belong.

“From one election cycle to the other, a nation will be able to determine whether they are improving or retrogressing. There is no doubt that such a grading system will see nations struggle to move up the ladder.”

The former President said his suggestion is similar to what is already being done by many agencies and organisations. They include Human Rights Watch which conducts annual grading of human rights records of nations, Transparency International which releases the annual Corruption Perception Index (CPI) as well as Fund for Peace, an independent organisation that conducts the annual Failed State Index.

He further advised the Commonwealth to develop something similar focusing on elections, based on certain indicators upon which the rating will be based. “This will encourage leaders to work toward improving their election records, just as nations work towards improving their human rights records and corruption perception records,” he said.