KACHIKWU’S ALLEGATIONS: NNPC responds to one, keeps mum on the other 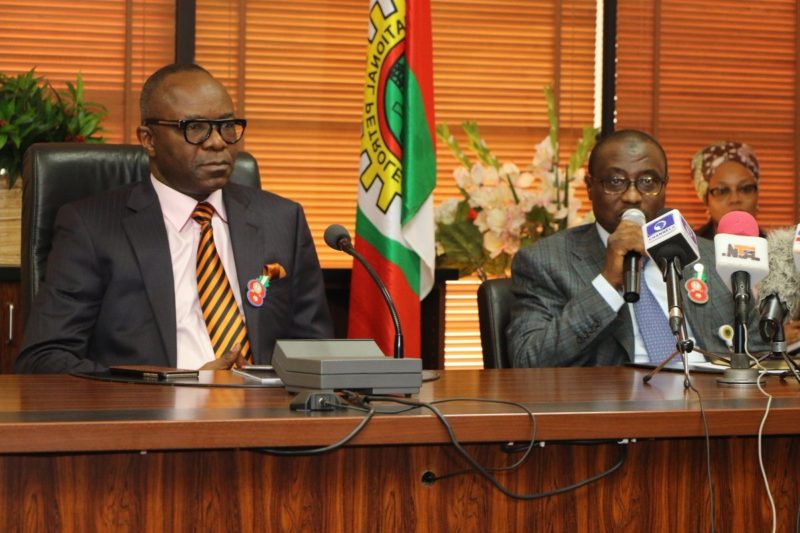 The first allegation was that Baru made key appointments in NNPC without the input of NNPC board which Kachikwu chairs while the second was that Baru unilaterally awarded contracts running into billions of dollars without the consultation of the minister and the board.

On Monday, the NNPC responded only to the allegation on the award of contracts, saying the approval of neither the minister nor the board was required before those contracts were awarded.

In the leaked memo that has generated controversy, Kachikwu complained bitterly that high profile appointments were made in NNPC in an apparent insubordination and humiliation from Baru because he was not consulted even though he is the chairman of the NNPC board.

Part of the memo reads “Mr. President, yesterday like many other Nigerians. I resumed work confronted by many publications of massive changed within NNPC. Like the previous reorganizations and reposting done since Dr. Baru resumed as GMD. I was never given the opportunity before the announcements to discuss these appointments. This is so despite being Minister of State of Petroleum and Chairman NNPC Board.

“The Board of NNPC which you appointed and which has met every month since its inauguration and, which by the statues of NNPC is meant to review these planned appointments and postings, was never briefed. Members of the Board learned of these appointments from the pages of social media and the press release of NNPC.

“At the minimum and like all other Parastatals being supervised by me at the Ministry have continued to do, and in compliance with the proper governance standards expected of a serious public institution, these executive actions by NNPC were supposed to benefit from mine and the Board’s input prior to presentation to you. This was never done.

“Indeed, in anticipation of vacancies that would arise from retiring senior executives of NNPC, I wrote the GMD A letter requesting that we both have prior review of the proposed appointments. This was to enable me to present same to the Board or give an anticipatory approval and then review with the Board later (Appendix 1). I wrote to the GMD given previous happenstance of this nature, in addition, thereafter, I called the GMD to a private meeting where I discussed these issues. Needless to say that, not only did he not give my letter the courtesy of a reply, he proceeded to announce the appointments without consultation or Board concurrence.

“Mr. President please not that there is a Board Services Committee whose function is to review potential appointments and terminations of Senior Staff prior to implementation. This committee was also not consulted.

“The above is just one of the many occurrences of disrespectful experiences I have encountered with the GMD as your Minister of State.”

While the NNPC responded to the allegation on the award of contracts, it kept silent on the equally weighty allegation of Baru making important appointments without the knowledge of the NNPC board of which Kachikwu is the chairman.

Amid face-off with Buhari and Enugu Catholic bishop, Mbaka…