BYE-elections are being held in 11 Nigerian states including Lagos and Bayelsa to fill vacant seats in the State Assemblies, House of Representatives and Senate arm of the National Assembly.

According to information gathered from the Twitter handle of the Independent Electoral Commission (INEC), other states where bye-elections are being held include, Imo, Cross Rivers, Plateau, Kogi, Enugu, Bauchi, Borno, Katsina and Zamfara states.

In Lagos state, elections are being held in Kosofe II State House of Assembly and the Lagos East Senatorial District By-Election.

However, The ICIR observed that COVID-19 protocols are not being adhered to in some polling units across the states.

In Kolokuma/Opokuma Local Government Area, Central Senatorial District, some voters were seen voting without the use of face masks. 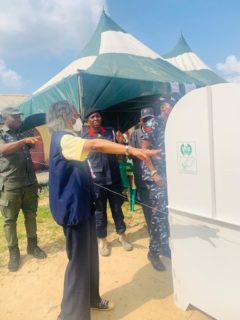 The same practice was seen in Shomolu Local Government Area in Lagos State. 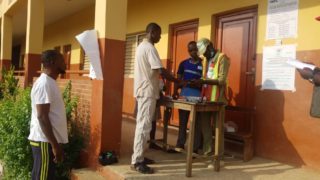